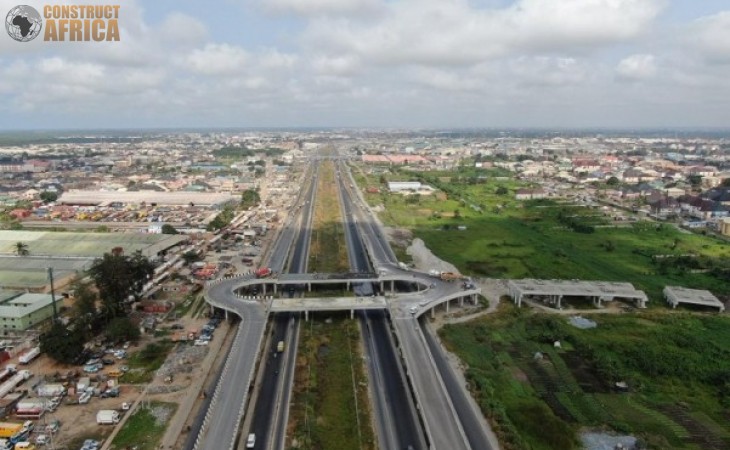 N15 billion (US$35.9 million) to fund part of the construction works.

The Lagos-Badagry expressway, the Nigerian section of the Trans-West African Coastal Highway, connects Lagos, Nigeria, and Dakar, Senegal. Olukayode Popoola, Federal Controller of Works in Lagos, confirmed that N15 billion (US$35.9 million) of the Nigerian National Petroleum Corporation (NNPC) tax credit fund would go to the Agbara-Seme border section of the expressway to speed up the reconstruction work.

The 46-kilometre stretch begins in Agbara and ends in Seme. It falls under Section 3 of the expressway project and was inspected by Adedamola Kuti, Director of Federal Highways in South West in early March. He confirmed that the project, under the supervision of the Federal Ministry of Works and Housing, was going according to plan. He said about 17 kilometres of various stretches of the Badagry bound lane are complete.

Kuti said the road would reduce travel time and improve commercial activities. Three hundred trucks of cement, 30,000 trucks of aggregates, and 131 trucks of diesel went into the project, with 500 jobs created.

The contract for the Agbara-Seme portion of the expressway was awarded in 2018 to CGC Nigeria Limited for N63.2 billion (US$150.9 million). CGC Nigeria Limited is a Chinese Company involved in projects related to roads and bridges, agriculture, mining, water supply, irrigation, drilling, real estate, manufacturing and trade in Nigeria.

However, construction began between 2020 and 2021 when the Sukuk funding came in. A Sukuk is a Sharia-compliant instrument in Islamic finance through which investors gain partial ownership of an issuer's assets until maturity, like a bond in Western finance. The project is 25% complete and expected to reach 80%, given the continued support from government funding.

Popoola confirmed that the last of the Sukuk funds were being used and about 14 kilometres of drainage works and six kilometres of the main carriageway have been completed.

Babatunde Hunpe, a member of the House of Representatives for Badagry, urged the Federal Government to continue funding support on the project to ensure timely completion.

“I am sure that if this continues the way it is going, by December this year, the residents and the people passing through the expressway will have cause to smile and thank the government more. I am appealing to the residents to cooperate with the construction workers so that the project will continue without issues,” Hunpe said.