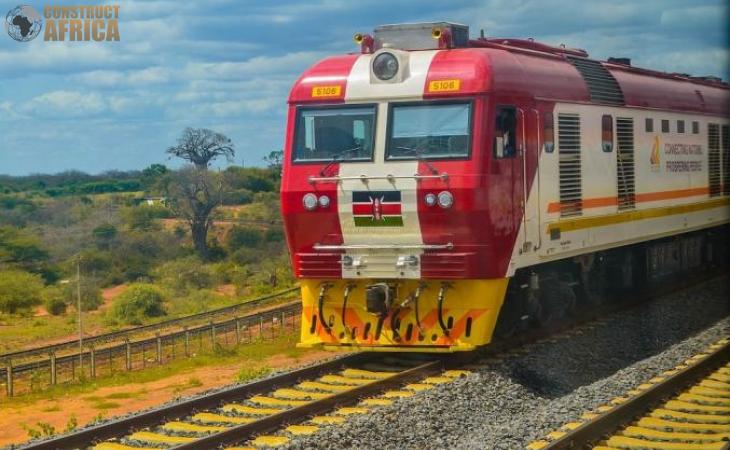 A supplementary budget has allocated Ksh3.7 billion to construct a railway line connecting the Standard Gauge Railway (SGR) to the old track from Naivasha to the border town of Malaba.

The remaining Ksh1 billion (approx. US$9.3 million) will fund the rehabilitation works of the existing Longonot-Malaba Meter Gauge Railway (MGR).

Construction works for the new 24.35 km track from Naivasha to Longonot began in August 2020. Kenya had initially planned to get a private investor to fund the project and go with a Chinese Contractor. However, those plans fell through when the firm quoted in excess of Ksh50 billion to upgrade the old line and link it to the Mombasa-Naivasha SGR track.

On completion, the new Naivasha ICD - Longonot line will integrate the SGR and existing MGR Line, providing a seamless network to facilitate movement of cargo from the Port of Mombasa to Uganda and beyond.

The China Road and Bridge Corporation (CRBC) is jointly building the new track with Kenya Railways, and the works are set to be completed before the end of this year, 2021. CRBC constructed the Ksh507.6 billion (approx. US$ 4.7 billion) SGR line from the port of Mombasa to Naivasha.

The government's plans to upgrade the meter-gauge railway and link it to the SGR came after Kenya failed to secure a multi-billion shilling loan from China to actualise its initial SGR plan. China had previously funded the first and second phases of Kenya's modern railway.

This new track and the upgrading of the old metered gauge rail are crucial to enhancing the SGR line's economic viability. This is possible by easing cargo and passengers' movement from the Port of Mombasa to Uganda and other neighboring nations.

The cost of the Mombasa to Naivasha SGR line is an estimated Ksh477 billion (approx. US$4.4 billion), including financing. However, its economic viability is contingent on its connection to Kampala because the Ugandan capital is a major use of the Mombasa port for its imports.