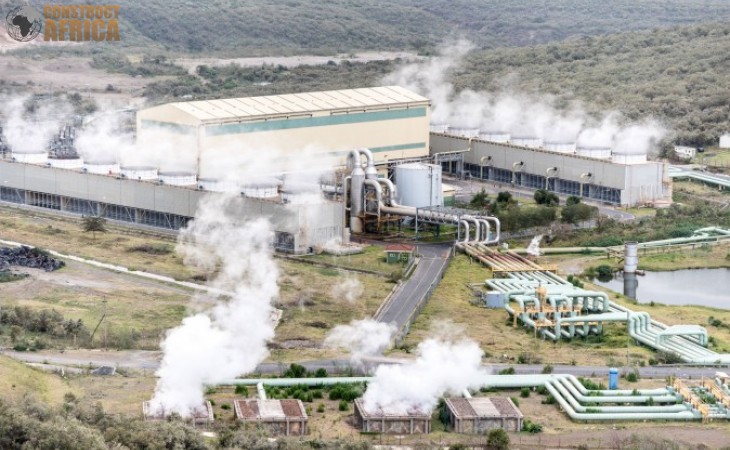 An additional 83.3 megawatts of power is set to be added to Kenya's national power grid.

Kenya Electricity Generating Company (KenGen) has announced the completion of the construction of the 83.3 megawatts Olkaria I, Additional Unit (AU) 6 Geothermal Power Plant, setting in motion activities to add the additional power to the national grid.

According to a statement issued by KenGen, the completion of the installation of the geothermal plant and related construction works was preceded by the successful delivery of full steam to the power plant by Japan’s Fuji Electric Co. Ltd, the project’s turbine manufacturer and Marubeni Corporation, the EPC contractor for the geothermal power plant project.

The completed plant is currently undergoing reliability tests to confirm its output, prior to commencing commercial operation. The plant is expected to be operational and connected to the national grid by June 2022.

@KenGenKenya's newly constructed Olkaria I Unit 6 Geothermal Power Plant is expected to inject 83.3MW into the national grid.
Read more on the latest development from the Home of Geothermal: https://t.co/mmGRXKT6Xa
[Video courtesy of @KTNNewsKE] ^EM pic.twitter.com/rwxTchnVCQ

Construction of unit 6 of the Olkaria 1 power station commenced in December 2018, following a groundbreaking ceremony attended by Kenya's President Uhuru Kenyatta. Unit 6 will add an additional 83.3 megawatts which will bring the total installed capacity of the Olkaria 1 plant to 274 megawatts.

Rebecca Miano, KenGen M.D. and CEO, praised the timely completion of the plant and emphasized its importance in contributing to Kenya’s progress towards 100% utilization of renewable energy by 2030. She said, “The construction of Olkaria I Unit 6 is aligned to the company’s long-term strategy and Kenya’s Least Cost Power Development Plan (LCPDP) focused on the sustainable supply of renewable energy in support of the Government’s Big Four Agenda.”

With the additional 83.3 megawatts output from this project, Kengen's geothermal power generation capacity is expected to grow to 796 megawatts, pushing the share of KenGen’s installed geothermal capacity up to about 42%.

The Kenya government plans to achieve 100% renewable energy by 2030. Speaking in November 2021, at the UN Climate Change Conference (COP26) in Glasgow, Scotland, President Kenyatta said "Renewable energy in Kenya currently accounts for 73% of the installed power generation capacity, while 90% of the electricity in use is from clean sources. We are on course to achieve our target of 100% use of clean energy by 2030 and to achieve 100% access to clean cooking by 2028."