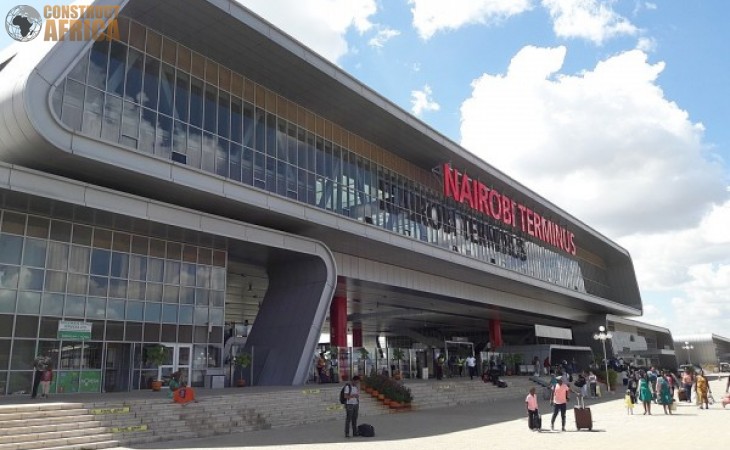 The Nairobi Metropolitan Service in partnership with Kenya Railways has appointed UK design and engineering consultancy, Atkins, to design the Nairobi Railways City.

The iconic Nairobi Railway City is a multi-modal urban development project intended to expand and decongest Nairobi's Central Business District. The project is being undertaken as a joint venture between Railway City Development Authority, Kenya Railways, and the Nairobi Metropolitan Services.

Atkins will design the new Nairobi Central Train Station and associated public grounds and infrastructure, which will define the masterplan for the Nairobi Railway City.

Atkins will collaborate with its Nairobi-based consulting engineering subsidiary, Howard Humphreys East Africa, to design the new train station. Atkins acquired Howard Humphreys in March 2016 as part of a strategy aimed at making Nairobi its African hub for property, energy and infrastructure deals.

The Nairobi Railway City development will be located on 425 acres of land spanning across Haile Selassie Avenue, Uhuru Highway, Bunyala Road, Commercial Street and Landhies Road in Nairobi. 292 acres of the proposed development area currently serves as the Nairobi Railway Station and is owned by Kenya Railways.

According to the Kenya Railways website, the strategic location of the Nairobi Central Railway Station area positions it perfectly to be an iconic nerve centre for the Nairobi Multimodal Transport System.

The new Nairobi Central Station will have eight platforms with modern shades and a glass-built waiting bay, and will occupy an expanded landmass. It will also have a marketplace, local heritage sites, a shaded sitting area, and a Bus Rapid Transport (BRT) section. There will also be substantial tree cover.

The preliminary designs for Nairobi Railway City have been submitted by Atkins, and were unveiled to the public in January 2022 at a function attended by UK Minister for Africa Vicky Ford, who was on a three-day tour of East Africa. Kenyans will be expected to give their views on the project over a period of sixty days from the release of the preliminary design to the public, before the plans are finalised.

The project will be implemented in three phases over a period of 20 years, with the first phase due for development between 2021 and 2030. The first phase includes the Central Railway Station and a commercial complex with two towers of 5,000 square metres each.

The second phase includes an economic zone which will have hi-tech industries and small and medium enterprises. The third phase, the East core, will include a residential complex with a school, park and housing units.

The total cost of the Nairobi Railway City project has been estimated to be US$246.6 million. Railway infrastructure and water supply infrastructure constitute a significant proportion of the costs at US$154.1 million and US$34.3 million respectively.

The managing director of Kenya Railways, Philip Mainga, is reported to have told Reuters that the initial phase of the project will cost 1.35 billion Kenyan shillings, excluding consultancy fees which will be paid by the British government.

This project forms part of the new Post-Brexit partnership between the United Kingdom and Kenya. The UK will play a key role in helping Kenya develop infrastructure projects and will provide investment as well. This was discussed at the Kenya – UK Partnership forum held in Nairobi in January 2022.

Speaking during her visit to Kenya, UK Minister for Africa, Vicky Ford, said that “Our economic partnership is delivering impressive results, and we have some ambitious, exciting, plans for the future. Plans that will deliver for Kenya, and for the UK, long into our shared future."

“We will continue to build on this economic partnership by focusing on infrastructure through the Build Back Better World initiative. Launched by G7 leaders in the UK last summer, this initiative will provide honest, responsible, and sustainable finance to meet infrastructure development needs around the world," Vicky Ford added.

According to James Woodward, a director at KPMG, the global consulting firm is reported to be leading a drive for investors into the segments of the project with commercial viability, including office towers, residential homes and multi-storey car parks.

The completed economic free zone will create 200,000 employment opportunities and about 28,000 residents will be accommodated in the residential complex.

Howard Humphreys, which is partnering with Atkins to deliver the project, also has a portfolio of iconic projects it has handled in Nairobi. The projects include a terminal at Jomo Kenyatta International Airport (JKIA) as well as the Two Rivers Mall among others.