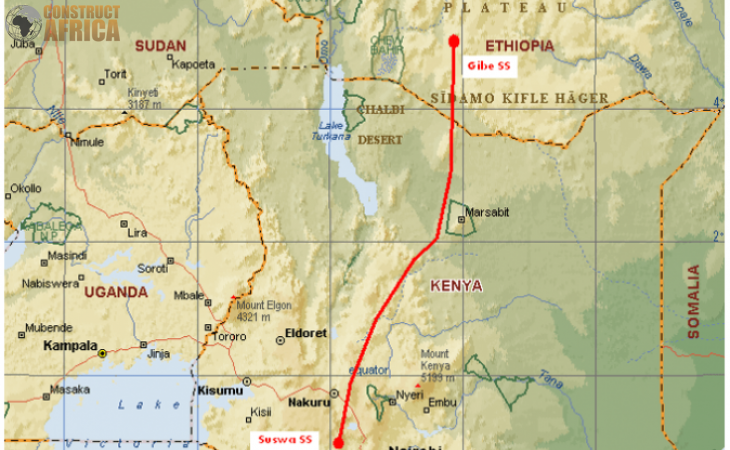 Ethiopia to export power through a US$1.26 billion interconnector.

The project will help Ethiopia boost its energy export trade, which sells electricity to Sudan and Djibouti. These nations accounted for 1,700 gigawatt hours (GWh) of electricity during the past year, generating about US$95.5 million which is 2% of Ethiopia’s annual revenue from export trade.

The closing of this deal will add another export market for EEP in Africa and help the government reach its annual electric export revenue target of US$400 million.

The Grand Ethiopian Renaissance Dam (GERD), which can produce 5,000 megawatts of electricity, will also contribute significantly to the project.

Ethiopia plans to further extend its reach to more countries in the North, East, and South of Africa, from the Southern African Power Pool and Eastern Africa Power Pool up to Egypt and Sudan in the north.

The PPA announcement came after the completion of the Kenya-Ethiopia Electricity Highway Project. The project aimed to extend electricity access to 1.4 million Kenyan households, including 18% in rural areas.

This is planned to be achieved through a power transmission line connecting the Kenyan and Ethiopian power grids. The line starts at the Wolayta-Sodo substation in Ethiopia and traverses Arba Minch, Konso, Brindar, Yabello, and Mega in Ethiopia.

The Ethiopian leg of the transmission line is approximately 437 kilometres, and was contracted to China Electric Power Equipment and Technology (CET).

The Kenyan side of the line is approximately 637 kilometres and was divided into lots, which were contracted to four contractors - Siemens/Isolux, KEC International of India, Larsen and Toubro of India, and Kalpataru Power Transmission of India

The total length of the transmission line is 1,068 kilometres, and it has two AC/DC converter stations at both ends.

CCECC is constructing two ±500KV HVDC converter stations each in the Sodo region of Ethiopia and the Suswa region of Kenya to transport hydroelectric power from #Ethiopia to #Kenya. These projects are a vital part of the Kenya-Ethiopia Electricity Highway Project. pic.twitter.com/w0RZGsMXfI

The total project investment for the Kenya-Ethiopia Electricity Highway project was US$1.26 billion. The World Bank provided US$684 million, US$338 million came from the African Development Bank, and the French Development Agency provided US$118 million. The governments of Ethiopia and Kenya provided US$32 million and US$88 million respectively.

A trial transmission is planned to be undertaken in a few weeks, with total capacity expected by November 2022.