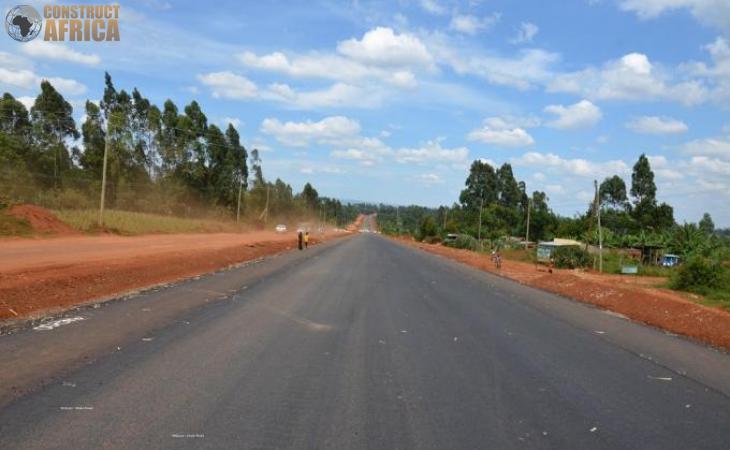 China Railway No.10 Engineering Group was awarded the contract after the withdrawal of Israeli contractor SBI International Holdings AG (Kenya) due to delayed payments.

After a two year’s break, the construction of the eight-kilometre Kisumu Boys Roundabout-Mamboleo junction will be completed by November 2021.

Cleophas Makau, Regional Director of Kenya National Highways Authority (KeNHA), stated that the new contractor is on course to completing the “vital section” of this Kisumu-Kakamega highway.

He said, “We procured a new contractor and he started working on November 29 last year.” He added that the contract duration is 12 months. The dual carriageway project, which will cost about Ksh1 billion and will enhance convenience for commuters to the lakeside region, was stopped in December 2018.

The program was jointly financed by the World Bank and the National Government at a cost of Ksh2.6 billion, but was halted after donor funding was exhausted before project completion. Cleophas said, “Due to budget constraints, the government could not proceed with the project and had to look for alternative ways of financing the mega project.”

He also said that the authority is working closely with private sector players to improve the roads in Western Kenya. China Railway No.10 Engineering Group is in the process of completing the Ksh1.3 billion Ahero-Kisii Interchange. The company will combine this with the Kericho-Kisumu Interchange by November this year.

Cleophas hinted that the construction of a 63-kilometre sugar-belt road traversing Kisumu, Kericho, and Nandi counties is in progress. The Kisumu-Chemelil-Muhoroni Road is divided into 3 sections: Mamboleo junction to Miwani; Miwani to Chemelil; and Chemelil-Muhoroni to Kipsitet junction, and three construction firms are expected to work on the different sections and split the Ksh4.9 billion allocated for this project. The scope of this project also includes dualling of the Mamboleo-A1 intersection to Great Lakes University, construction of service lanes, pedestrian walkways, and street lights. Some selected feeder roads to administrative centres and market centres are also within the scope.