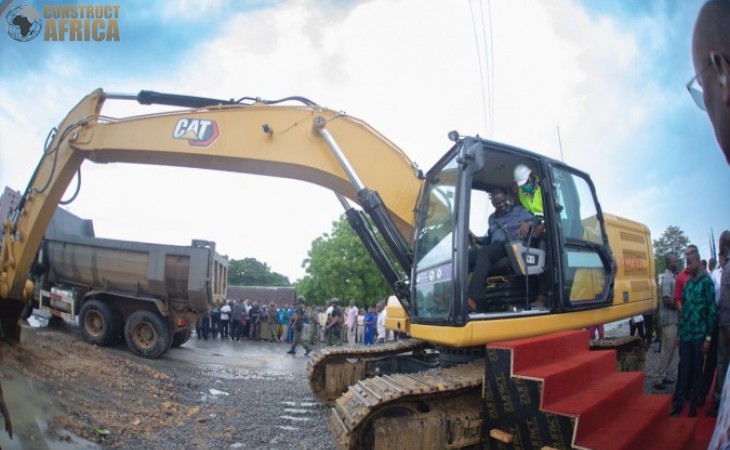 The Mtwapa-Kwa Kadzengo-Kilifi road is part of transnational road linking Malindi in Kenya to Bagamoyo in Tanzania.

Speaking at the groundbreaking ceremony, President Ruto said infrastructure developments within the country were critical, particularly those that will help boost connectivity, trade, and tourism within the East African Community.

“This is an important road linking Kenya and Tanzania. It will boost trade and economies between the two countries. It will connect the East African Community in terms of integration, jobs, and businesses and eradicate poverty,” he said.

We are deliberately constructing, expanding and upgrading our road network so that we can enhance regional integration, stimulate cross-border trade and open up access to economic opportunities for the millions of Kenyans. Good roads means progress. pic.twitter.com/cvkkjrWxFy

The groundbreaking ceremony was held in Mtwapa, Mombasa, where the first phase of the 40-kilometre road project was launched. He further instructed the country’s Ministry of Transport and Infrastructure and the Kenya National Highways Authority to help build the infrastructure of Mtwapa.

The project is expected to be commissioned in 36 months, and on completion is set to boost business between Kenya and Tanzania.

“I thank our partners, and I promise to ensure the resources are utilized properly, and nobody is going to abuse the funds in our hands to develop infrastructure,” said President Ruto.

Gideon Mung’aro, Governor of Kilifi County, also spoke of the role of the new project in boosting tourism in the region. “Tourists used to get stuck along this road due to traffic jams. Mtwapa town needed a face-lift, and expansion of this road will boost trade in this area. We want Mtwapa to be a business hub to operate for 24 hours,” said Mung’aro.