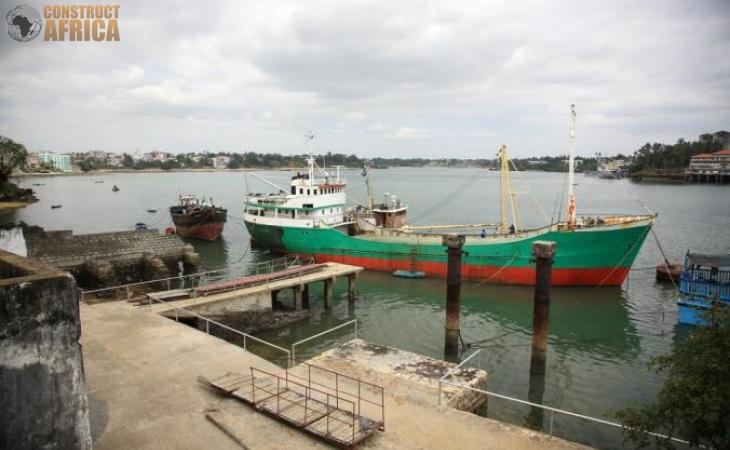 The new modern tug jetty is at the marine dockyard in Mombasa, providing Mombasa port with a crucial lifeline into the future.

This new jetty is part of a expansion and modernization program being undertaken by Kenya Ports Authority (KPA), and is set to be commissioned this month (May 2021). The jetty has a life span of 80 years. The old jetty that is being replaced was demolished in 2020 after serving at the docking point for about 70 years.

The old jetty lost its load-bearing capacity and was unsafe for use. It was in its critical damaged state at the end of 2010. According to KPA's Head of Marine Engineering, Stephen Toya, the new jetty is 50 meters long and approximately 20.6 meters wide. Its access trestle is 14.8 meters by 11.4 meters.

Toya said, “The old jetty no longer supported the emerging loads placed on it and hence did not meet modern design standards and specifications.” Toya added that the maximum availability of floating crafts is vital to ship turnaround, cutting costs, and boosting efficiency. He explained that the Authority’s floating marine crafts, including the Pilot Cutters and Tugboats, require periodic checks.

He continued that floating marine crafts are necessary to port business because Mombasa is classified as a compulsory pilotage port. This means that it requires towing by harbor tugs and mooring boats in securing ships to quay.

“At any given time, we can secure two boats alongside new tug jetty for repair and return them to business. We now have the luxury of moving heavy lift cranes to the quay to lift smaller mooring boats or entire engines to shore for repair,” he added.

Previously, all dockyard engineers were required to book an empty berth as a makeshift jetty when undertaking the repair of marine crafts. However, this was not conducive because the berths are meant for ships to spur productivity.

The Mombasa port has recently witnessed major improvements through the multi-billion infrastructural and technology investment that has been done. The construction of the Ksh32 billion phase two of the second container terminal and the ongoing expansion project is part of the strategy to transform the port of Mombasa into a logistics hub in the region.

Phase I of the second container terminal was built at a project cost of Ksh26 billion and involved reclaiming a sea area of approximately 50 acres. This created 550,000 Twenty-Foot Equivalent Units (TEUs), and the phase was commissioned in 2016.