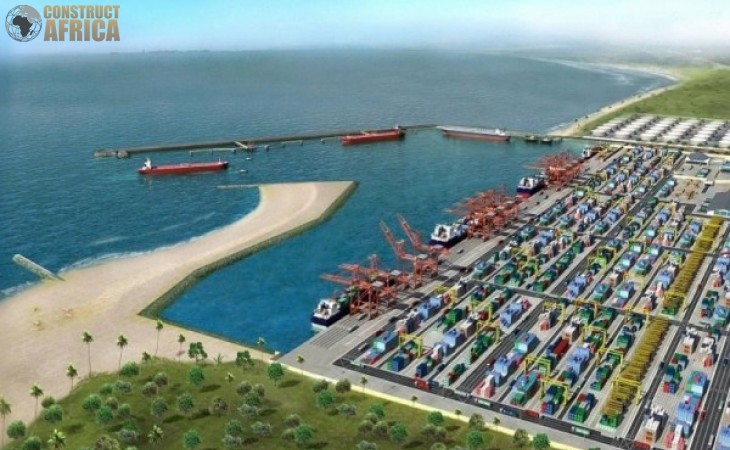 Lamu Port is set to enhance the trade corridor for Kenya as two more berths are completed, bringing to 3 the total number of completed berths and marking the completion of the first phase of construction.

The Lamu Port is expected to be a gamechanger project under the Kenyan Government's Vision 2030 development plan. The port is part of the Ksh2.5 trillion (approx. US$23 billion) Lamu Port-South Sudan-Ethiopia Transport (LAPSSET) corridor.

It has a planned 32 berths of which the first three berths are estimated to cost about Ksh40 billion (approx. US$350 million). The project also includes the construction of a 1.5km causeway to connect the harbour to the town and an oil terminal for loading and offloading of tankers.

In August 2014, Kenya Ports Authority (KPA) awarded a contract for construction of the first 3 berths at Lamu Port to China Communication Construction Company (CCCC). Construction began in December 2016 with the dredging works on the first three berths.

The funding for the first three berths came from Government sources. The next 29 berths will be funded through Public-Private Partnerships.

According to a spokesman for KPA, principal communication officer Hajj Masemo, the completion of the third berth now puts the total length at 1.5 kilometres, with the facility now able to berth three ships at a go.

Lamu Port will be Kenya’s second deep-water port. Kenya's plans for a second deep-water port goes back to the mid-1970s. High dependency on the Mombasa port was straining its functioning. The Lamu Port project was launched in 2012 by Kenya’s then President, Mwai Kibaki along with his South Sudanese and Ethiopian counterparts, Salva Kiir and Meles Zenawi.

Lamu Port was seen as a means to connect landlocked East African countries to global trade markets. It can also handle bigger ships unable to dock at Mombasa. The port is also intended to create alternative routes for oil export.

The Kenyan Government has always maintained that “With a network of roads, rail, and pipeline connecting the port to the hinterland, the project will help Kenya to have the advantage of lower cost of transportation by reducing the distance between Kenya and South Sudan and parts of Ethiopia. This will not only help Kenya to gain greater access to markets for its products but will also enable it to get revenue from cargo transiting through the Lamu port to other countries”.