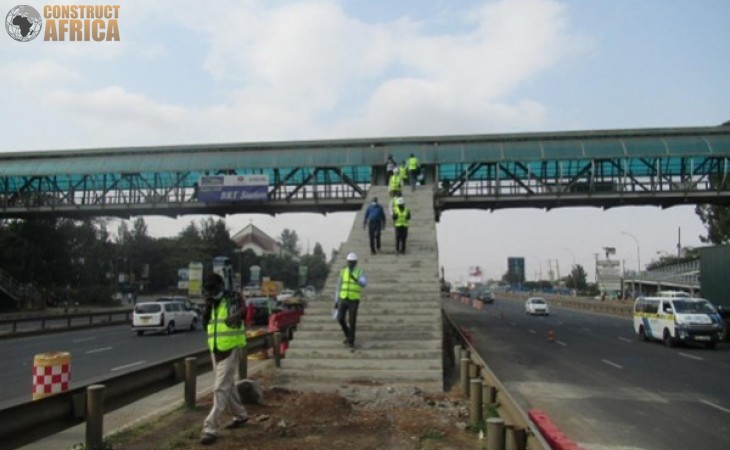 Construction of the Bus Rapid Transport (BRT) Line 5 along the Outer Ring Road in Nairobi is set to begin in June 2023.

On completion, the BRT will play a vital role in transforming the city, and is expected to ease traffic woes in Nairobi and the surrounding satellite towns. The Kenyan Government has allocated Ksh700 million (US$5.9 million) for this project.

Some key features of the new BRT are the right-of-way lane, coloured pavements, dedicated BRT lanes, flyovers, and the use of digital fare payment. It also includes the level station, pre-paid fare collection, information, footbridges, sidewalks, pedestrian crossing, facilities for persons with disabilities, and parking lots.

A sneak preview of the soon to be launched Bus Rapid Transport(BRT) system in Nairobi underway.@Ke_NaMATA is spearheading the implementation of the system which will rid Nairobi CBD of matatu mayhem and traffic snurl ups.#KenyaProjects pic.twitter.com/YPpyUGP54g

The transport authority is focused on five corridors of BRT:

Silas Kinoti, KURA director-general, spoke at the project signing which took place at Barabara Plaza in May 2022. "You have won a very competitive contract, and I have confidence in your vast experience. I assure you of our full support. We want this to be the first and fastest BRT to be fully implemented in Nairobi," he said.

Mr. Kyeong Jeong, Kunhwa project manager, said the project would be implemented efficiently, and they would aim for a quick set-up.

The BRT system is expected to ultimately ease traffic flow in congested and remote areas and slowly integrate with another commute line 6 from Nairobi to other places such as Murang’a, Ngong, Kiambu, and Konza.