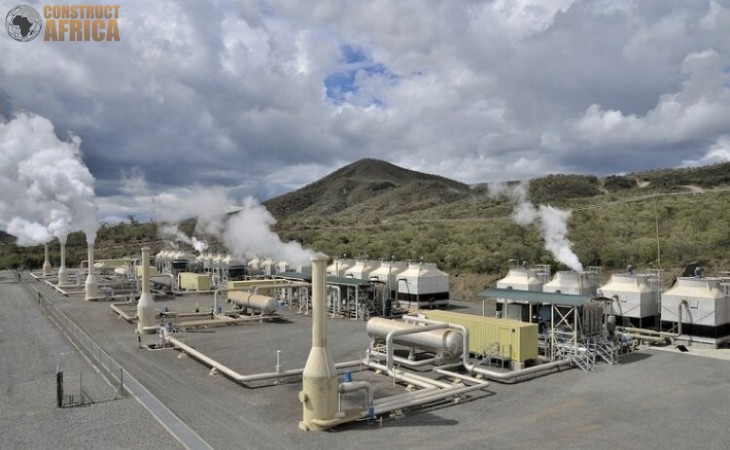 As of 2020 more than 50% of the electricity generated in Kenya was derived from geothermal energy.

Geothermal energy is natural heat energy stored in the sub-surface of the earth, and is a renewable energy source because the heat inside the earth is continuously produced.

To extract this energy, wells are drilled to tap steam and water at high temperatures (250oC - 350oC) and pressures (600psi - 1200psi), and at depths of between 1 to 3 kilometers. For electricity generation, the steam is piped to a turbine, which rotates a generator to produce electrical energy.

While the steam produced from the natural heat of the ground is mainly used for electricity generation, GDC is also promoting alternative 'Direct-Uses' of the steam for a range of applications.

For example, companies could purchase the steam produced by GDC's geothermal wells and use it directly for agricultural applications such as to heat plants in greenhouses, to dry crops and to heat water in fish farms. The steam produced by geothermal wells can also be used in agro-industrial processes, such as milk pasteurisation. In the tourism sector, companies can use geothermal heat in spas. The geothermal heat can also be used to provide hot water or cook food.

Essentially, industries that require heat for their processes can use this geothermal energy as a green option. According to GDC Engineer, Esther Njuguna, the direct use of geothermal steam for industrial processes will lower the cost of power by 70%. In the YouTube video below, GDC shows examples of direct uses of geothermal heat and discusses GDC's research work at their Menengai Geothermal Project area.

In August 2020, GDC signed a collaboration agreement with the Nakuru County government for the utilisation of geothermal energy.

Speaking during the signing ceremony of the collaboration agreement between GDC and the Nakuru County, Lee Kinyanjui, the Governor of Nakuru County, stated that “This agreement will foster a partnership that will see Direct Use of geothermal resources used in agro-processing, breeding of fish, pasteurization among other uses. Geothermal technology will be used in food production hence increase productivity.”

In May 2021, the GDC invited potential investors to submit expressions of interest for the direct use of the geothermal steam produced at the Menengai geothermal project site in Kenya's Rift Valley. Proposed investments included in the submitted expressions of interest were required to be located adjacent to the Menengai geothermal field to reduce energy losses and infrastructural costs arising from the requirement to transport the geothermal energy through pipelines.

GDC confirmed that the following infrastructural facilities would be available to approved investment projects utilising geothermal energy from the Menengai field for Direct-Uses:

Interested investors had until 24 May 2021 to submit their expressions of interest.