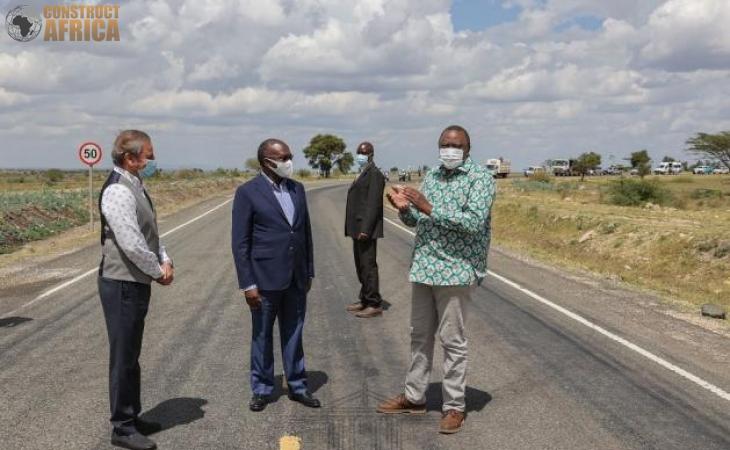 Former Senior Executive at Standard Chartered and seasoned investment banker, Chris Kirigua, has been appointed the first Director-General of the Public-Private Partnership (PPP) unit at the Treasury.

Given his expertise and years of experience, the appointing authority expects him to make a significant impact in his new office. Until his recent appointment, the PPP program was run by a thinly staffed unit under the Directorate of Portfolio Management.

Now, the PPP unit has been elevated to a full directorate, a move that is meant to reflect Chris’s skills and professional experience and to bring his appointment in line with the weight of expectations attached to the functions of the office.

Kenya introduced the PPP law almost 10 years ago, but has so far had limited success in executing PPP projects.

Kenya has had limited success at executing PPP projects. It has been almost 10 years since the country introduced the PPP law, complete with an administrative body to roll out projects. However, there have been very relatively successful PPP projects, such as the on-going Nairobi Expressway and the Lake Turkana Wind Power.

The first set of roads to be constructed and completed under a Public-Private Partnership (PPP) arrangement - the 48km Ngong-Kiserian-Isinya road and the 43km Kajiado-Imaroro road in Kajiado County - were opened by President Uhuru Kenyatta on 1 April this year. Both roads are reported to have been constructed by Intex Construction under a PPP arrangement, at a cost of Ksh7.8 billion (approx. US$72.5 million).

The procurement of KenGen’s 140-megawatt geothermal project under a PPP arrangement is stuck in court.

A Ksh160 billion PPP contract for the Rironi-Mai Mahiu-Nakuru road project was signed with the French Vinci consortium in October 2020. However, this project is still in its initial stages.

Commentators who used to tout the PPP model as the panacea for infrastructure development have long since become cynics.

Ngozi Okonjo-Iweala, Nigeria’s former Finance Minister, is widely quoted to have said that the PPP model had failed in Africa. One school of thought gaining ground is that infrastructure is best when it’s funded directly by taxpayer money, with the private sector only coming in to manage the assets under concessions.

Today, PPP proponents tout Kenya’s Independent Power Producers (IPPs) program as a success. However, the truth is that since the IPP’s contracts stipulate that they must be paid in dollars, their most enduring impact in Kenya’s economy has been to saddle Kenya Power with expensive dollar loans.

Mr. Kirigua, the new PPP unit boss, will be expected to spearhead a complete rethink of the PPP model. For starters, it seems that it is still unclear what goes as a PPP project and what should be handled under the legal framework covering privatization transactions.

For example, was the aborted concession of Kenya Railways was a PPP transaction. Also, now that state-owned sugar companies are in the process of being concessioning to privateers, what role should the PPP directorate play in this? These are some of the tasks Chris Kirigua is expected to tackle.

However, one of the biggest flaws identified with the PPP model is in the area of procurement of large projects. Analysts and commentators have said there are too many cabinet and ministerial committees that wield wide powers and are required to grant approvals at each stage of the procurement process. An example is the aborted attempt to procure a concession of the second terminal at the Kenya Ports Authority (KPA) in August 2015. KPA was in the middle of tender evaluation stages when the Treasury suddenly directed that changes be introduced in the tender documents. The process collapsed.

Photo: President Kenyatta opening the 48km Ngong-Kiserian-Isinya and the 43km Kajiado-Imaroro roads in Kajiado County, the first set of roads to be constructed in Kenya under a PPP arrangement (@StateHouseKenya Twitter Handle)