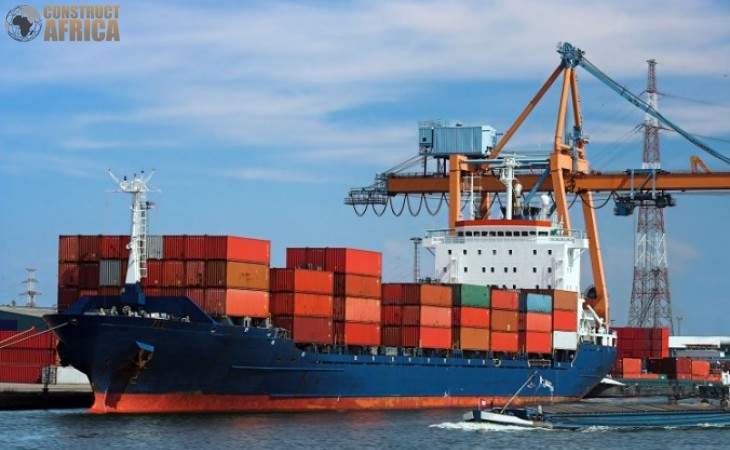 For centuries Senegal has been an entry point into Africa, from Arab to European traders that arrived on the Atlantic shores, the commercial exchanges that have taken place for hundreds of years continue to date.

One of the secrets to Senegal´s success has been its strategic location as part of the western Trans-Saharan trade route, coupled with the country´s wealth of inland waterways. The bustling port city of Dakar has benefited from being a regional trading hub, and as a result, the population of Senegal has grown strongly in recent years to over 16.74 million people.

As part of the Plan Senegal Emergent (PSE) undertaken by the administration of President Macky Sall, the country has embarked upon a broad range of infrastructure projects that are intended not just to improve the overall quality of life for citizens, but also to help pave the way for the coming oil boom, as the Senegalese economy becomes transformed from being one that is reliant on fisheries, agriculture, tourism and services, to a not too-distant future where massive offshore oil and gas deposits will provide a major boost to the Senegalese economy. Many industries directly or indirectly linked to the oil and gas sector, such as construction, infrastructure, logistics, finance and banking, telecommunications and retail, are expected to boom as Senegal´s vast energy resources become monetized from 2023 onwards.

In order to prepare for a decade that will undoubtedly transform modern-day Senegal, the Administration of President Macky Sall has been working on a number of new large-scale infrastructure, transportation, civil aviation and maritime logistics projects that will set the stage for growth and continue attracting FDI, not just into the lucrative oil and gas industry, but also more established sectors like tourism.

Already, Blaise Diagne International Airport is one of the most modern and attractive airports in sub-Saharan Africa. It is the initial point of entry for many international travelers arriving in Senegal and creates a positive first impression about the country for visitors discovering Senegal for the first time. In addition to the modern airport,  in the newly constructed city of Dianmiado, there is the Centre international de Conférences Abdou Diouf (CICAD), a venue that hosts a variety of high-level events and conferences.

One of the most eagerly anticipated projects is the Regional Express Train (TER) – one of the flagship projects of the PSE. The high-speed TER railway project will link the city center of Dakar to the Blaise Diagne International Airport located 57 kilometres away, in under 45 minutes. This new railway project consists of two phases: a first phase going from Dakar station to Diamniadio (36 kilometres) and a second phase going from Diamniadio to the AIBD, Dakar´s international airport (19 kilometres). The financing for this project was put in place by the government, as well as numerous development partners including the African Development Bank Group (AfDB), and the International Development Bank (IDB).

This ambitions project will be connected to other recently inaugurated modes of transport such as articulated urban buses and will constitute a crucial new artery to help transport Dakar´s citizens. When phase one comes into service, the TER will transport up to 115,000 passengers per day from downtown Dakar to 13 different stops that are situated along the suburbs of Dakar. The 14th station, will be the final stop and represents the culmination of the project. A number of local and international companies have been involved in this infrastructure project including SYSTRA, Getran and Eiffage Senegal, the Senegalese subsidiary of French infrastructure and public works giant Eiffage Group.

Senegal´s Investment Promotion Agency APIX notes that: “with a frequency of 6 trains per hour (one train every 10 minutes) and a top speed of 160 km/h the TER is a mass transport that respects urban standards in terms of urban mobility.” In addition, not only will the TER project boost mobility in Dakar, but will also make positive impact on employment generation with estimates being that thousands of young Senegalese workers having already been employed in the construction phase, and others to be recruited by operating the TER. It is hoped that this will also be boost by renewing interest and revitalizing Senegal´s railway industry.

But the railway sector is not the only which is seeing significant upgrades. Under the PSE and in keeping with top priority of upgrading Senegal´s infrastructure throughout the country as a means of promotion greater regional and sub-regional integration. One such project is the Dakar-Diamniadio-AIBD Toll Highway. APIX notes that: “the toll highway project has significantly contributed to improving urban mobility, and relieving congestion in the city of Dakar.”  This landmark integrated urban project entails the construction of 48.5 kilometres of motorway between downtown Dakar and the Blaise Diagne International Airport with a number of major interchanges that are designed to remove congestion from the roads that are currently in place. Some of the original inhabitants in neighborhoods affected by the construction work have been resettled in the Tivaouane Peulh resettlement project, which has enabled them to enjoy modern facilities. The same applies to the neighborhood of Pikine Irrégulier Sud, another which is also being modernized along with this urban mobility project.

Another large-scale project underway is that of an extension of the motorway linking Dakar and Thiès which is crucial to avoid the traffic jams that can occur in Dakar and surrounding neighborhoods during peak hours. It is a cornerstone of Dakar´s strategy to improve overall urban mobility. The project has several stages that are being funded by various parties. Phase 1, Malick Sy-Patte d´Oie-Pikine, is being financed by the State of Senegal. Phase 2, Pikine Diamniadio, is being carried out as a Public-Private Partnership in partnership with the Eiffage Group. It is being co-financed by The World Bank, the French Development Agency, and the African Development Bank.

The 30-year concession for this project is held by SENAC, which is a company that is 100% owned by France´s Eiffage Group. One of the primary objectives of this project is to eliminate roadway congestion and to help promote the establishment of new areas throughout the region that encompasses Dakar-Thiès. These include sectors that have a strong potential for growth such as horticulture, textiles, ICT and emergent technologies. And beyond just contributing towards improved mobility along the Dakar-Thiès axis, on a broader level it aims to facilitate the establishment of the international road corridor linking Dakar-Bamako-Banjul-Bissau-Dakar-Conakry.

The importance of the initiative cannot be overstated, because some of these countries like Mali, are completely landlocked and rely on neighboring countries like Senegal for the import of strategic goods such as refined petroleum products. Thus, by improving the road links between the various countries of the MSGBC Basin, it is not only Senegal that will benefit, but also its neighbors who are equally eager to capitalize on the hydrocarbon resource wealth recently unlocked in the MSGBC Basin.