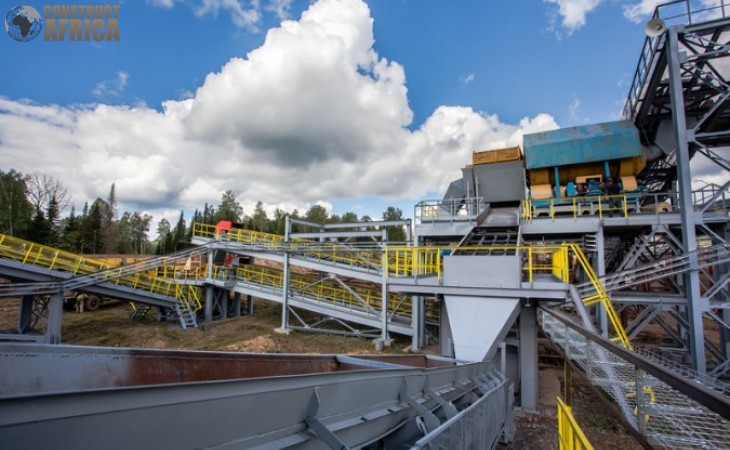 Giyani Metals To Construct Plant For Manganese Production In Botswana

The plant will be part of the K.Hill Battery Manganese Project.

Canada-based Giyani Metals has agreed with South African-based hydrometallurgical engineering firm Met63 (Pty) to construct a demonstration plant for producing manganese in Botswana. The contract will include engineering, construction, and commissioning of the demo plant on an open–book and cost-reimbursable basis.

K-Hill is close to the town of Kanye, the administrative centre of the southern district of the Republic of Botswana. The project area extends 2,618 square kilometres of tenements, with the K-Hill project focused on a 444-kilometre squared license area.

At K-Hill, the manganese mineralization occurs mainly as a supergene-enriched manganiferous shale (the upper Mn-shale). This is present in the upper portion of a shale horizon within the Black Reef Quartzite Formation of the Transvaal Supergroup.

The upper Mn-shale containing the MnO (manganese oxide) mineralisation fluctuates between 2 and 12 metres thick, dips shallowly (5-10°) towards the NW, and has a delineated extent of 900 m N-S and 350 m E-W.

Metallurgical studies have shown that the mineralized material responds to reductive acid leaching. This is accomplished using a flowsheet containing an acid leach, followed by solution purification, solvent extraction, and vacuum crystallisation. That will give a high-purity manganese sulphate monohydrate product (HPMSM).

The project will be funded through the company’s existing cash resources of US$9.2 million plus incentives for Met63 based on project delivery on time and with the desired budget and specification.

The design of the demo plant will ensure a continuous process such that HPMSM crystals that adhere to the stringent product specifications set by potential off-takers will generate a steady state operation.

The plant will have the best instrumentation and control systems that will ensure flexibility so the plant can also be used for de-risking the commercial plant development and as a training facility.

“The results of the LCA confirm the potential of the K.Hill Battery Manganese Project to be a low-carbon producer of a critical battery raw material.... pic.twitter.com/WNuFu3pOQO

The demo plant will produce 600 kilogrammes of dry HPMSM crystals per day. A construction site has been selected in Johannesburg and will be commissioned and operated before being moved to Botswana.

“The demonstration plant is a cornerstone of our strategy for full commercial development, whose objectives are to validate our process flowsheet, de-risk commercial development of K.Hill, and facilitate off-take contracts with battery and [original equipment manufacturer] OEM customers,” said Robin Birchall, CEO of the company.