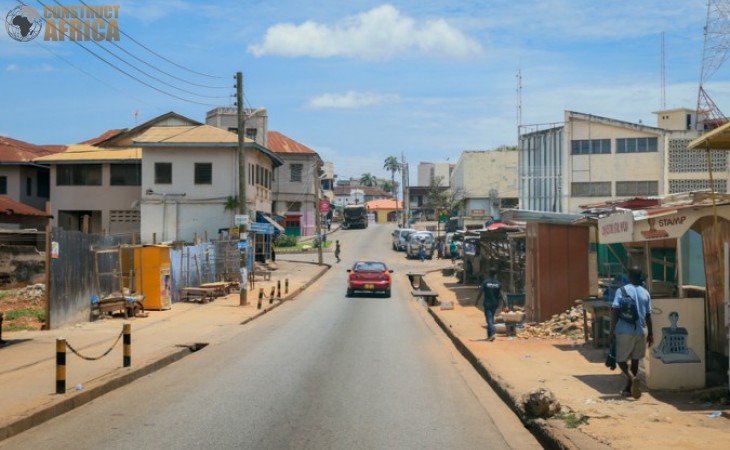 Ghana’s Vice President, Dr. Mahamudu Bawumia, has commissioned the 100-kilometre Rehabilitation and Auxiliary Infrastructure for Phase 1 of the Kumasi Inner Ring Road and Adjacent Streets Project. He cut the sod on 13 December 2019 at Kentinkrono in the Oforikrom Municipality.

This brings the number of kilometers of completed roads constructed by the Akufo-Addo administration since 2017 to 1,180.20. This is more than double the 503.44 constructed in the region between 2009 and 2016.

Phase 1 aims to enhance intra-urban traffic flow, reduce flooding, dust pollution, and other harmful environmental effects associated with the poor road network, according to the Ministry of Roads and Highways.

The Urban Roads Department said the completion of the project has improved accessibility within Kumasi, especially for the communities that benefited - Asokwa, Bantama, Nhyiaeso, Manhyia, Oforikrom, Kwadaso, Tafo Pankrono, Subin, and Suame.

Dr. Bawumia said at the Commissioning on 1 August 2022 that the completed and ongoing projects proved the government’s commitment to improving the road infrastructure across the country, especially in the Ashanti region.

“Apart from the roads we are commissioning today, let me state some of the works the government is undertaking in Ashanti under the Road Agencies under the Ministry of Roads and Highways."

“The Department of Urban Roads (DUR) has completed the asphalt overlay of 295 kilometres of roads in the Ashanti region since 2017. Some of the beneficiary areas include Kumasi Metropolitan Assembly.

DUR is supervising ongoing projects, including Partial Reconstruction of Selected Roads in Kumasi Lot1 (57km); the Kumasi Roads and Drainage Extension Project (90% complete); and construction of the 100-kilometre Kumasi Inner City Roads, which involves the rehabilitation of another 100 kilometres of local roads in Kumasi. The sod was cut on 25 March 2022, with works 10% complete.

The Vice President said the GHA has undertaken the rehabilitation and upgrading of 264 kilometres of roads since 2017, with the roads either at the primer seal stage or have the complete seal on them. In addition, 28 kilometres of critical roads are at the Asphaltic binder stage in the region.

Vice President, Dr Bawumia Commissions 100km Of Kumasi Inner City Roads.
🔖"I am happy to inform you that Parliament has approved the construction of the Suame Interchange- Phase1. Works are expected to start by September 2022"- @MBawumia https://t.co/qOAXaaKstF#YearOfRoads pic.twitter.com/vpwLwhObza

“There are currently a lot of road works at various stages of completion in the region and we intend to ensure that they are all completed. I am happy to inform you that Parliament has approved the construction of the Suame Interchange - Phase1. Works are expected to start by September 2022,” Dr. Bawumia said.

"I know you are also eager to hear about the Boankra Inland Port. I am happy to report that the contractor has moved to site for work to begin this month.” he added.