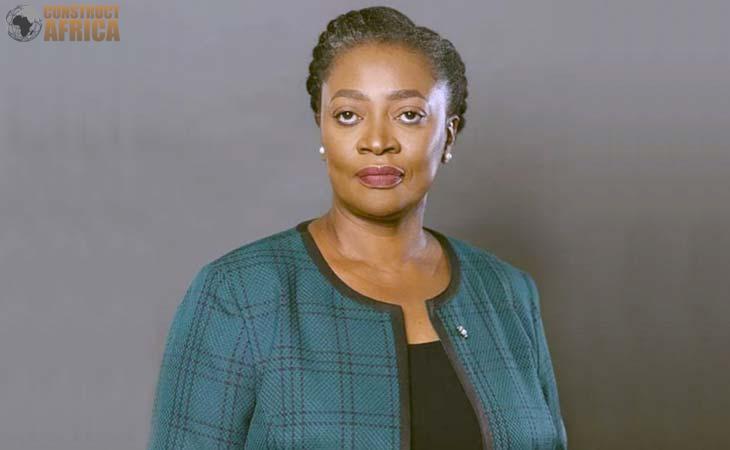 Mrs. Carlien Bou-Chedid is the 1st woman to hold the office of the President of the  Federation of African Engineering Organizations (FAEO).

The FAEO is an international non-governmental organization (NGO) that was established in 2011 and is headquartered in Abuja, Nigeria. It represents the interests of all African engineering practitioners, most notably at the World Federation of Engineering Organisations (WFEO).

A true trailblazer at heart, Mrs. Carlien Bou-Chedid was also the first woman to hold the office of President of the Ghana Institute of Engineering (GhIE), where she served well before her current new role. Unfortunately, due to the COVID-19 pandemic, the FAEO 5th Presidential Investiture ceremony was held virtually over a Zoom meeting.

The immediate former President of FAEO, Eng. Martin Manuhwa was particularly thrilled that his successor is the first-ever female President of FAEO as he handed over the mantle of leadership to Ing. Mrs. Carlien. He ensured her that she had his full support in her presidential endeavors.

Ing. Mrs. Carlien Bou-Chedid voiced her sentiments in her acceptance speech when she said, “I appreciate the honor done to me, to Ghanaian Engineering and to Women in Africa around the world by placing me in this position. I am fortunate to have been surrounded throughout of my life by many distinguished engineers who by their example prepared the grounds for me to occupy this lofty position”.

She also paid homage to all the 50 engineers who had held the position of President of the Ghana Institution of Engineers besides her, including her own father, the late Past President. Ing. EYS Engmann. To the former FAEO presidents, she said, “I would like to recognize also, my predecessor Presidents in FAEO, who through their dedication, hard work, and actions, have within a short space of time brought FAEO to its current position of recognition.

“From its inception in 2012, President Martin Van Veelan of South Africa helped to nurture a fledgling organization which had very few resources. President, Mustapha Shehu of Nigeria pursued International recognition for the organization and succeeded in developing a partnership with the AU as outlined in an MOU”.