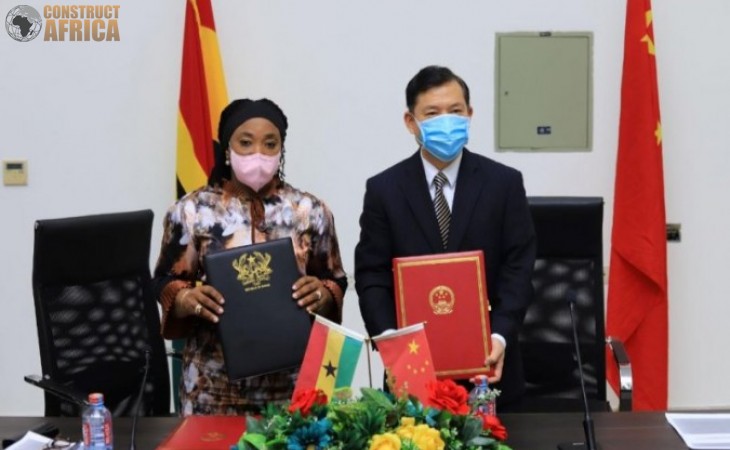 The Implementation Agreement for the China-Aid Annex Office Building Project was signed in Accra early in April 2021.

The Chinese government will fund this China-Aid Annex Office Building Project under the Agreement on Economic and Technical Cooperation between the two countries.

The signing of the Agreement took place between Madam Shirley Ayorkor Botchwey, the Minister of Foreign Affairs and Regional Integration, and Mr. Lu Kun, the Chinese Ambassador to Ghana.

This project is a six-story building that will be situated at the south of the existing office building. It will include ultra-modern office space for the Minister, the Chief Director, Directors, and Officers. It will host a Conference Room, Gym, Clinic, Flag Holding room, Press Room, Banquet Hall, and underground Parking Lot.

Madam Ayorkor Botchwey praised the cordial and warm relations her country enjoys with China and the support that the East Asian country continues to make towards Ghana’s socio-economic development.

She said, “This Ministry, in particular, remains appreciative of the building of our Headquarters in 2013 and now the construction of the Annex Office Building. Ghana cherishes the bonds of friendship and our continued engagement and collaboration in several other areas of national endeavor.

“The construction of the Annex Office Building project is of great importance to the Ministry as the facility will resolve the problem of inadequate office space which has been occasioned by the increase in the number of staff.”

She said, “Today, we are signing the Implementation Agreement for the commencement of the China-Aid Annex Office Building Project as the next step in this collaborative effort.”

Madam Ayorkor Botchwey stated that two weeks before the signing, the Ghanaian team had been tirelessly working alongside the team of experts led by Mr.Shen Gang. They worked to investigate further the assessment and evaluation of the Design Scheme and Architectural drawings of the Annex Office building project.