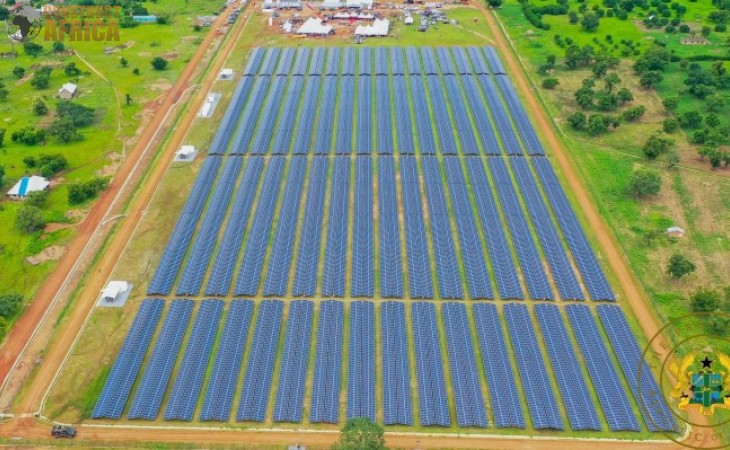 The 13-MW facility will be part of a 28-MW plant to be delivered soon.

The groundbreaking ceremony of the Volta River Authority’s (VRA) 13-megawatt Solar Power Project was done over two years ago, in February 2020. The plant’s completion in August 2022 marks the end of the first phase of a 28-megawatt plant at Kaleo in the Nadowli district of the Upper West Region.

This project is the second utility-grid-connected Solar Project after a 2.5-megawatt solar power plant commissioning in 2013.

Ghana's President Nana Addo Dankwa Akufo-Addo said at the commissioning ceremony of the £22.8 million plant: “Government has invested heavily in the electricity transmission network, which will enable us to evacuate more renewable energy through the national grid, to support the extension of electricity to all parts of Ghana. For this reason, Kaleo has a dedicated transmission line that evacuates power from Kaleo's current and future solar capacity to the GRIDCo substation at Wa."

“At peak sun hours, the Kaleo and Lawra plants can meet the entire load at Wa and its environs. This can make Wa the greenest city in Ghana. The completion of the Kaleo Solar Power Plant is consistent with Ghana’s Nationally Determined Contributions to addressing the effects of climate change.”

🗞️Government targets 300MW of solar power within a year. —This was made known by President @NAkufoAddo when he commissioned a 13 MW solar project at Kaloe in the Upper West Region as part of his tour. https://t.co/58CwmJcSYZ#PresidentToursUpperWestRegion#BuildingGhanaTogether pic.twitter.com/TO8SvD1szX

These efforts have all helped boost Ghana’s contribution to the Glasgow COP26 Declaration, which aims to combat “dangerous human interference with the climate system” and stabilize levels of greenhouse gas emissions in the atmosphere.

The President said the plant would help stabilize voltage levels and provide a reliable source of power for the region. It would reduce the nation’s carbon footprint and employ 130 residents during construction.

The project will also help boost tourism at Kaleo and serve as the region’s educational and technological field trip destination.

“It will contribute to promoting the advancement of science education, engineering, and technological activities in the area and broaden the career outlook of our young people,” the President added.