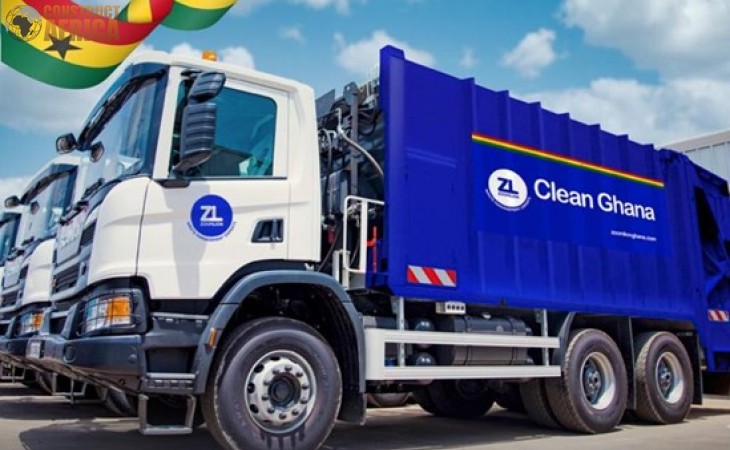 Zoomlion’s Integrated Recycling and Compost Plant at Sherigu in Bolgatanga Municipality, Ghana, will be functional in 2022.

The groundbreaking ceremony for commencement of the project was performed by Ghanaian President Akufo-Addo on 8th October 2020. During the groundbreaking ceremony, the the Minister of Sanitation and Water Resources, Mrs. Cecilia Dapaah disclosed that the Upper East generates 782 tonnes of solid waste daily from which the the plant would source raw materials for the compost and recycling.

The project is being developed under a public-private partnership arrangement between the government of Ghana and Jospong Group (the parent company of Zoomlion Ltd). The construction contract for the project was awarded to Hydronomics Ltd, an infrastructure development firm based in Ghana.

The construction site for the integrated recycling and compost plant was handed over to the Contractor in April 2021. Over eighty hectares of land at Sherigu in the Bolgatanga Municipality was transferred to the contractor by Mr Stephen Mahamudu Yakubu, the Upper East Regional Minister.

During the site handover ceremony, the site supervisor of the construction firm, Mr Cletus Akana, said the target was to execute the project in four months. However, the project has been delayed. According to Mr. John Sackey, Zoomlion Ghana’s Upper East Regional Manager, the delays are due to "minor difficulties at the village level". Mr. Sackey stated that the concerns had been resolved, and that construction is "progressing steadily with the construction of the substructure and other facilities of the plant ongoing smoothly at various levels".

Construction of the Integrated Recycling and Compost Plant at the Sherigu is now expected to be completed in 2022.

The project is estimated to cost US$2 million. On completion, the facility will have the capacity to sort through and process 200 tonnes of solid, liquid and medical waste.

His Excellency, @NAkufoAddo commissioned the Accra Compost and Recycling Plant (ACARP) Phase II today. The new facility is an expansion of 600-ton facility.

Mr Sackey, Zoomlion's Regional Manager, also noted that there are a variety of benefits associated with this project. It will help maintain municipal waste efficiently. There will be efficient disposal of plastics and all recyclable materials will be sorted and processed for reuse. The creation of organic compost will help the agricultural industry.