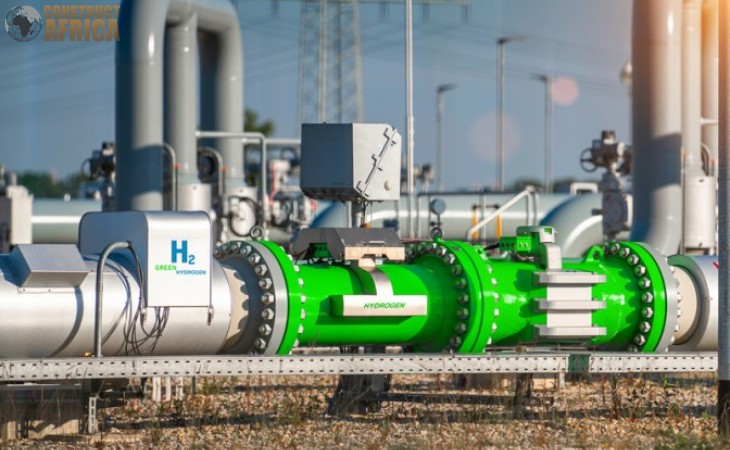 The 4 projects with a total value of €53 million will be in the Erongo region.

Four green hydrogen pilot projects have been selected as beneficiaries of a grant provided by the German education and research ministry under a bilateral programme that required Namibian and German partners to apply for funding to build green hydrogen projects in Namibia.

The beneficiaries of the grant are Namibia’s national rail services operator (TransNamib), the University of Namibia (Unam), the Namibian Ports Authority (Namport), and the Ohlthaver & List Group.

James Mnyupe, the presidential economic advisor and green hydrogen commissioner, announced the €30.07 million (N$520 million) grant at the Namibia Green Hydrogen Conference which took place in Windhoek, the capital of Namibia on 16-17 August 2022.

The conference provided a platform for Namibian stakeholders to deliberate and analyse the green hydrogen industry while promoting Namibia as a competitive investment destination.

The beneficiary projects are located in the Erongo region, one of the 14 regions of Namibia. The Erongo region has been designated “Valley 1” of the proposed country's national hydrogen ecosystem.

The projects span the agriculture, logistics, and refuelling industries. The four projects – Dâures, Namport, Cleanergy, and TransNamib – will have a combined value of N$888 million, with the remaining funds sourced from the project initiators. Most of these projects have already begun, as confirmed by Mnyupe.

The Dâures Project will focus on agriculture and establish a green-scheme programme for ammonia nitrate crops, storage and transport of green hydrogen, ammonia, and related derivatives, and the development of fuel cell-operated centre pivots, boreholes, and houses. The project will cost N$251 million (Namibian dollars) and will be completed in collaboration with the University of Namibia (Unam), the University of Stuttgart, Enapter, Windwise, and Enersense Nam.

The Namport project is a logistics project. The project will cost N$94 million (Namibian dollars) and enable Namibian Ports Authority (Namport) port equipment to operate on hydrogen dual fuel technology and develop green hydrogen bunkering and refuelling infrastructure at the port. The project will be located at Walvis Bay.

The Cleanergy Project focuses on refuelling. The project will cost N$416 million (Namibian dollars), with CMB. Tech, the Ohlthaver & List Group, and Cleanergy Solutions Namibia as implementors. The project will also be at Walvis Bay and comprise a 5-megawatt photovoltaic solar system, a 5-MW electrolyser, and a hydrogen-refuelling station.

The pilot plant to be developed under the Cleanenergy Project will test technologies and develop offtake applications within the transport and mining sectors and port activities. The plant will also facilitate technology transfer and skill development in Namibia. Depending on the success of the pilot, a second bigger commercial plant for ammonia production will be planned.

These partnerships will elevate the German-Namibian relationship, cover the entire value chain for green hydrogen and promote proposed technological solutions.

During the Namibia Green Hydrogen Conference, Hans Hermes, VP of Worley International, spoke of the huge market for green hydrogen and Africa’s contribution to becoming a leading player in this market by 2025.

“It is therefore important to get things right from the onset and leverage on already available research,” he said. He mentioned Namibia’s potential in positioning itself carefully in the market and making necessary changes related to skilled labour regulatory frameworks, infrastructure, supply, and available trained specialists.

Also speaking at the conference, Corina van Wyk, coordinator of land, environment, and development projects at the Legal Assistance Centre in Windhoek, said “A management plan is needed, and getting the communities involved is important. There is also a need to be transparent when things don’t go right, and the communities must be informed on what the harms of the green hydrogen industries are.”

Zivayi Chiguvare, the Namibia Private Sector Green Hydrogen Task Force chairperson, urged all companies – big or small – to get behind determining which products and services they could contribute to the green hydrogen value chain.