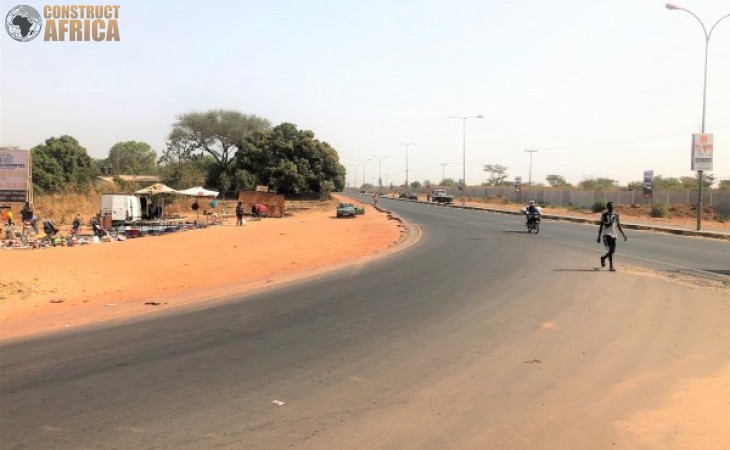 22 kilometre road is being expanded to dual 3-lane carriageway.

The Bertil-Harding highway, one of the country’s major roads in the Greater Banjul Area, is being widened to convert it into a dual carriageway with three lanes on each side, two flyovers, 12 roundabouts, including streetlights, pathways, and drainage systems.

In February 2022, the Gambian parliament approved a US$34 million loan agreement for the project between the Republic of The Gambia, the Arab Bank for Economic Development in Africa (BADEA), and the Islamic Development Bank (IsDB). Out of this amount, IsDB provided US$14 million and BADEA provided US$20 million for the Bertil-Harding highway widening project.

AREZKI SA, a construction company operating across West Africa (Gambia, Senegal, Guinea Bissau),  was awarded the Design and Construction contract for the project. The supervision consultant on the project is Saud Consult in partnership with Gamtech.

The Design and Construction Contract is expected to be completed within a period of 24 months split into two phases of 14 and 10 months respectively while the Defects Notification Period is 12 months.

The project has been identified as one of the priority projects to be completed in preparation for the 15th Heads of State and Government Summit of the Organisation of Islamic Countries (OIC) which is planned to be held in the Gambia in 2022. The priority projects for the OIC summit include:

Construction works on the road expansion project commenced in November 2021.

The Gambia OIC secretariat gave the following progress report on the Bertil Harding Highway project for the July to August 2022 period:

“Indeed, the average travel time will be reduced by 40% from 48 minutes in 2021 to 26 minutes after project completion by 2023-end. It will also improve road quality, which leads to savings in road maintenance. The International Roughness Index (IRI) of the road will be improved from 10m/km to 7m/km in 2028,” said Gambia's Minister of Finance and Economic Affairs, Mamburay Njie.

The minister said the project was per the National Development Plan (NDP) and its strategic priorities. It would reduce Vehicle Operating Costs (VOC) for trucks by 35%, from US$2 to US$1.3per truck per kilometre, and reduce accidents and fatalities.

The widening of the highway will complement other government infrastructural initiatives, such as the already launched construction of 20 new roads in the country.