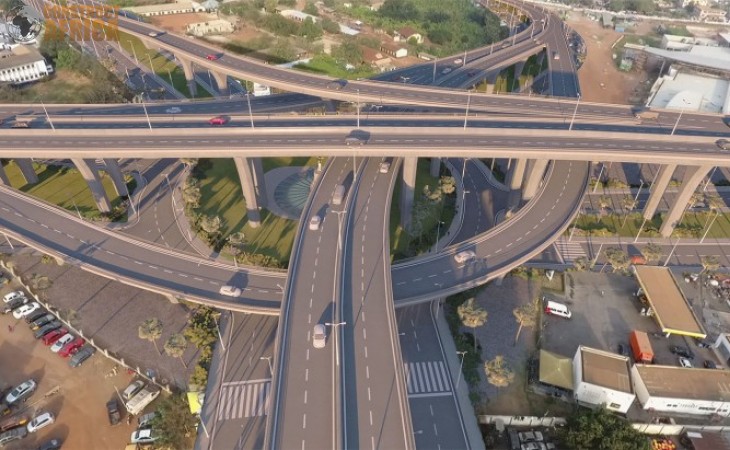 Funding approved for construction of Suame Interchange in Ghana

Suame roundabout in Kumasi to be converted to four-tier interchange to ease traffic congestion.

Amoako-Atta noted that severe congestion, high vehicular-pedestrian conflicts due to frequent land use bordering it, and many accidents adversely affected the current Suame Interchange. This project will help ease all these problems.

“The government’s decision to convert the Suame Roundabout to an interchange will significantly reduce road accidents and injuries, reduce travel times and congestion as well as reduce freight transport costs,” Amoako-Atta said.

The first phase of the project will comprise a four-tier interchange with ancillary works. The second phase will include the construction of the complementary interchange and inner roads.

On 27 July 2022, Ghana's parliament approved a total sum of €156.4 million for the design and construction of phase one of the Suame Interchange project.

Today, the House of Parliament passed two critical Agreements to Finance important infrastructures in the Country;

Speaking while presenting the report of the Parliament's Roads and Transport Committee on the project during the 27 July 2022 parliament session, the Committee Chairman, Mr Kennedy Osei-Nyarko, stated that the Committee after carefully examining the contract agreement was satisfied that the project would significantly improve the long-jam in the road transportation system in Kumasi.

Mr. Osei-Nyarko also confirmed that the interchange construction would begin in September 2022. “President Nana Akufo-Addo is expected to cut the sod for the commencement of the Suame Interchange road project in September,” he said.

On Monday, 1 August 2022, the Vice-President of Ghana, Dr. Mahamadu Bawumia, disclosed that the Suame interchange construction works will commence in September 2022, and is expected to be completed within 36 months from the commencement date. Dr. Bawaumia made the disclosure during the commissioning of the Kumasi Inner City Ring Road project.

The government of Ghana (represented by the Minister for Roads and Highways through the Department of Urban Roads) has signed a €140 million contract agreement for the project with Rango-Dizmar JV (a Joint Venture between Rango Construction Company Limited and Talleres Dizmar S.L.).

The interchange will also spur the construction of other local roads within and around Suame-Magazine (a large industrial area dominated by metal engineering and vehicle repairs). The other roads to be developed include: