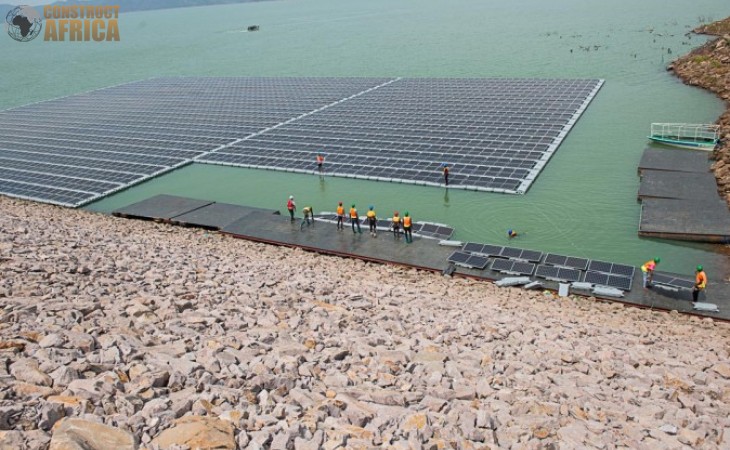 The first 50-megawatt solar PV installment was deployed within the existing Bui Generating Station hydroelectric dam site, with plans to grow the solar PV capacity of the solar-hydro hybrid plant to 250 megawatts.

The Bui hydro-solar facility will be Ghana’s first hybrid plant utilizing both solar and hydro resources to generate and supply power to the national grid, and the first of its kind in West Africa.

The Ghanaian government is exploring ways to diversify the country’s energy mix by adding wind and solar to its national grid. This will help to shift from fossil fuel dependency, supplement water resources to offset drought periods, and lower energy costs.

Subsequently, USAID’s Power Africa West Africa Energy Program (WAEP) and NREL, worked together with BPA, to bring about 50 megawatts of solar PV energy into operation at the Bui Generating Station hydroelectric dam in 2021. The expected power generation is 250 megawatts at the end of completion by late 2022.

“The global challenge of climate change, as well as the need to secure energy supply, makes the development of the hydro-solar plant very important for Ghana and West Africa,” said Peter Acheampong, deputy director of renewables at BPA. The photovoltaic addition to the plant will allow the BPA to balance the variable output of solar by the simultaneous increase/decrease of hydropower output in real-time. This will maintain a steady power supply to meet demand in times when solar energy cannot be tapped.

“We are equipping them with all the tools and lessons we learned in the United States about VRE integration and, in some cases, helping them to avoid some of the challenges we had with the latest technology and standards. Having this type of partnership is an effective way to streamline the process of integrating advanced technologies,” said David Corbus, the Wind Grid Integration Lead at NREL and a member of the NREL-WAEP team supporting the Ghana solar project.

Besides the PV installation, the NREL-WAEP partnership is also rolling out a program for decentralized PV in Ghana to allow consumers to use rooftop solar power.

NREL-WAEP will help electricity distribution companies to use tools effectively to help install PV units and understand financial implications for utilities and consumers under different scenarios.

It will also help assess the benefits and challenges of capacity-hosting analysis and check new customer solar installations.

“We worked with the Electricity Company of Ghana and the Northern Electricity Distribution Company, where we transferred open-source software to them and gave them training, capacity building, and workshops with utility engineers where we assessed plans and looked at studies for integrated distributed PV,” Corbus said.