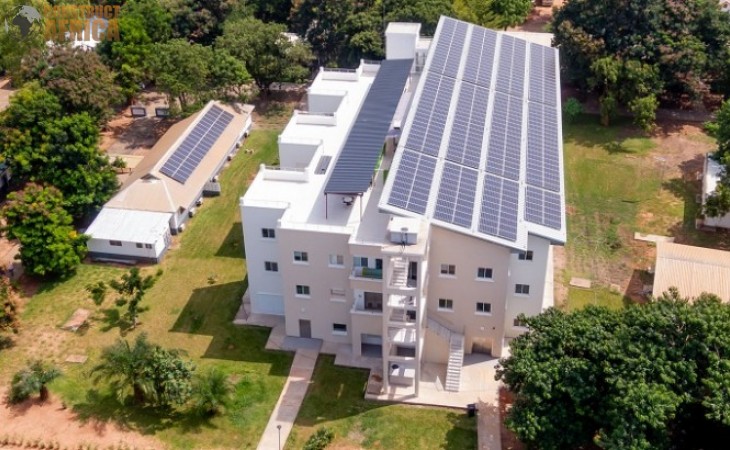 FBW appointed design consultants on health facility in The Gambia

FBW will design a new accommodation and a new state-of-the-art training centre at the Medical Research Council (MRC) Unit The Gambia at the London School of Hygiene and Tropical Medicine (MRCG at LSHTM) in Fajara. The new facilities will cover a total area of 2,000 square metres.

FBW Group will be the architect and design consultant, as well as structural and MEP engineer on the project, which will be their first major West African design project. The new facilities will add to the already functioning MRC Unit in the Gambia and help increase its efficiency.

FBW Group was appointed as consultant after a competitive bidding process.

FBW has always had a strong working relationship with MRC that has carried on for more than a decade. It also helped create the first phase of the US$1 million research clinic at Entebbe. The clinic was a joint venture involving the MRC, The Wellcome Trust, the Uganda Virus Research Institute (UVRI), and LSHTM. MRC and LSHTM have always been involved in various medical projects in Africa. They have helped increase the research capacity and delved into some of the continent’s current and emerging health issues.

ConstructAfrica had previously reported that FBW is also overseeing the design and construction supervision of a medical research and training facility in Malawi ('The CREATOR'). The CREATOR project is a partnership between Malawi’s Kamuzu University of Health Sciences; the Queen Elizabeth Central Hospital in Blantyre, Malawi; the Liverpool School of Tropical Medicine (LSTM) in the U.K.; the University of Liverpool in the U.K. and the medical research foundation Wellcome.

The MRC Unit The Gambia is one of the two research units established by MRC in sub-Saharan Africa. It hosts many scientific expertise and high-quality medical and health research platforms in the West African region.

Stuart Harley, FBW’s director of operations, said: “We have a strong working relationship with MRC that goes back more than 10 years and we’re extremely pleased to have been appointed to this latest development for organisations that are at the forefront of medical research in Africa.

“It is also pleasing to be widening our footprint on the continent and to be working on a major design project in West Africa for the first time. The design work we will be carrying out will improve the facilities at the unit. For instance, the improved accommodation will mean that people attending short-term courses will be able to stay on site. And the training centre, which will be a stand-out building, will deliver improved teaching and conference facilities that will be of massive value, both in-house and externally.”

Dr Davis Nwakanma, the chief operating officer of the MRC Gambia Unit, said: “We look forward to significant benefits from this new relationship with FBW. The unit is confident that its expertise in the field of design and development of educational, health and corporate infrastructure will enable the delivery of a truly state-of-art facility to support our role as a regional hub for training and capacity building for the next generation of health research scientists.”