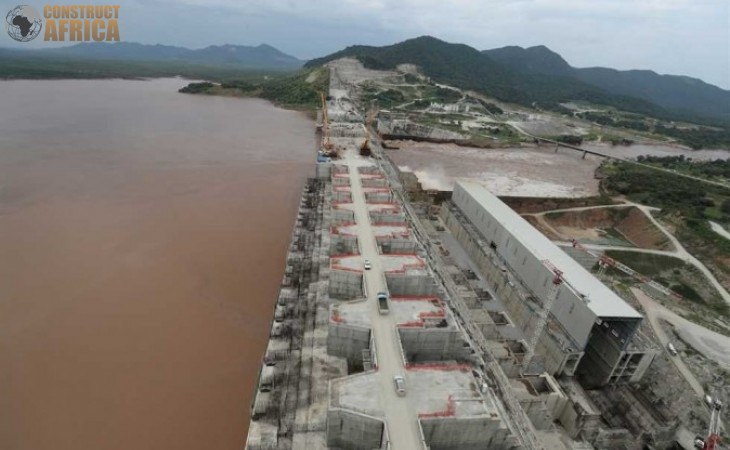 Ethiopia to Proceed with Nile Mega Dam Filling Despite Impasse

According to Ethiopian Minister Seleshi Bekele, construction works on the GERD mega-dam project reached 79% completion in March this year.

Seleshi Bekele, who is Ethiopia's Minister of Water, Irrigation, and Energy, made the announcement on the 10th anniversary of the GERD’s construction, at a symposium organized by his ministry to review the dam’s progress, consult on developments with stakeholders, and review negotiations. Speaking further, the Minister added that the country will continue filling up the reservoir during this upcoming rainy season.

In a speech to parliament in March this year, Ethiopia’s Prime Minister Abiy Ahmed said that the second filling of the Grand Ethiopian Renaissance Dam (GERD) will go ahead as scheduled during the country’s rainy season in July.

The Grand Ethiopian Renaissance Dam has been the source of tension within the Nile River basin for about a decade. This has been going on since Ethiopia broke ground on the project in 2010. The downstream countries are worried about their water supply and see this project as a threat.

Nonetheless, Ethiopia has stated that it won’t be deterred from impounding water into the mega-dam as it considers the river essential to its electrification and development needs. On the other hand, Egypt and Sudan feel that the dam poses a serious threat to their water supply.

The latest round of talks on the dispute concluded in early April this year (2021) with no resolution in sight. The countries have not been able to agree on how the dam will be operated. However, Ethiopia's Minister of Water has stated that, "As construction progresses, filling takes place. "We don't deviate from that at all."

The current goal is to now impound another 13.5 billion cubic meters by the end of this year. Egypt and Sudan don’t seem to be on board with Ethiopia's plans for filling the dam. Both Egypt and Sudan wanted a trilateral agreement (with Ethiopia) on the mega dam’s operations even before filling begun.

Ethiopia has stated that the filling process is just another natural step in the construction process and cannot be postponed. During talks to resolve the dispute, Sudan said that the filling process caused water shortages in Khartoum and other parts of the country. However, Ethiopian Minister Seleshi disputed this claim saying, “Officials don't want to be made accountable for problems that we haven't created." He said that Ethiopia had offered to share data with Sudan during this year’s filling process.

However, Seleshi, Ethiopia's Minister of Water, disputed that tensions over this mega-dam project would lead to conflict, saying, "This kind of thinking is unnecessary, and exaggerating this kind of thing doesn't benefit any country.”