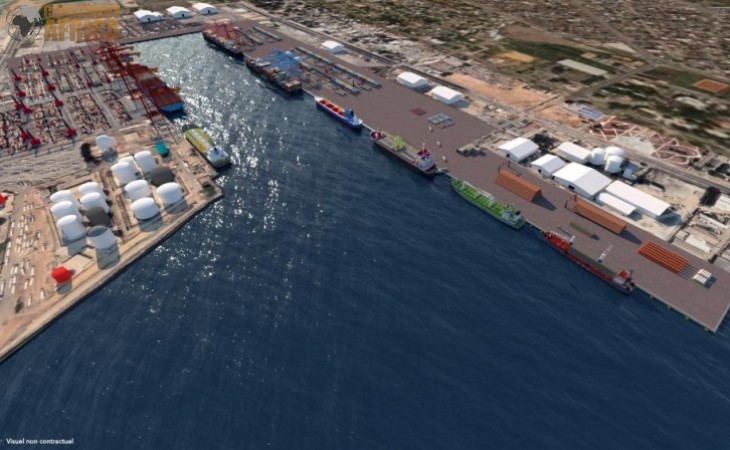 The harbour basin and several wharves will be extended, and the docks renovated.

A consortium led by Eiffage Génie Civil Marine signed a €160 million design and build contract in July 2022 to expand the Port of Cotonou in Benin. The other partners in the consortium are Spie Batignolles Foundations and Beninois firm Adéoti.

Eiffage's share of the €160 million contract amounts to €119 million, according to a press release by the company.

The scope of expansion works includes:

Construction is set to commence in the first quarter of 2023. The port will be fully functional throughout the construction phase. The duration of the contract will span 48 months, including five months of design and method studies.

The Port of Cotonou currently has a 546-metre quay. The 31.2-hectare container park has several modern equipment, including four quay gantries, one mobile crane, 12 RTG (Park Gantries), and 15 reach stackers. With a full container storage capacity of nearly 20,000 TEUs, it has 24-hour docking services.

The revamped port’s infrastructure will enable it to accommodate Post-Panamax container ships as from 2025. This seaport expansion project is part of Benin’s larger plan to enlarge and enhance the Port of Cotonou and strengthen the country's role as a guiding force of local economic development.