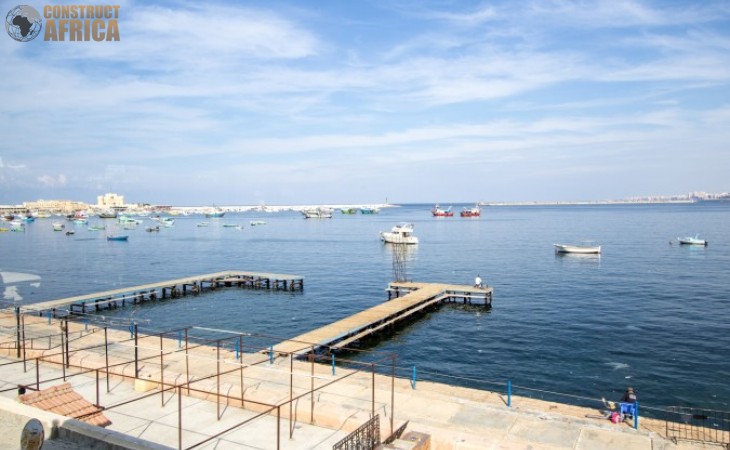 Port upgrades to include creating logistics zones to increase their capacity.

President El-Sisi gave directives to upgrade the ports in an integrated developmental manner that extends to the surrounding areas of the ports. The upgrades shall also include creating logistics zones to increase their capacity, thereby enhancing their ability to boost international trade, exports and imports.

The development of the country's port system is expected to solidify Egypt’s position as a regional and global logistics center and also in the Mediterranean and Red Seas Basins. The President stressed that the progress of nations depends primarily on the transport network of ports, airports, roads and hubs as supportive infrastructure for all sectors of the state.

The Spokesman for the Presidency said the meeting followed-up on the upgrading of the port system nationwide.

The Minister of Transport briefed the President on ongoing efforts to upgrade and improve the various ports on the country's coasts, particularly with regard to redesigning and planning them as well as raising their efficiency by constructing breakwaters, dredging and deepening shipping lanes, and establishing new berths to accommodate giant ships. This is in addition to developing the management and operation systems in partnership with the private sector of extensive international experience. This aims to end accumulation of goods in ports and ensure their smooth transit, whether it is related to the exit of exports to global markets or the reception of imports of basic production requirements, which will contribute to doubling the country’s local production and creating jobs in sectors that depend on the efficiency of ports, mainly agriculture and industry.

The Minister of Transport also reviewed efforts to upgrade the Alexandria Grand Port, which will include the Port of Alexandria, the Port of Dekhila and Al-Max Port. The meeting also tackled progress in the construction of the infrastructure for new storage yards, a multi-purpose terminal, a large breakwater, and various logistics zones in addition to the improvement of the marine services berth in the port.

The meeting also discussed progress in completing and upgrading the Ports of East Port Saed and Damietta in partnership with international expertise and the private sector.

President El-Sisi was updated on work progress in the development of Ain Sokhna Port and the Sokhna / Dekhila axis, in addition to Line 1 of the express electric train, which will link the Red Sea with the Northern Coast (Ain Sokhna / Alexandria / El Alamein / Marsa Matruh) with a length of 675 kilometres and a total of 34 stations. It is regarded as a huge modern addition to the transport system in Egypt.

[Source - Press Release from the Presidency, The Arab Republic of Egypt, distributed by APO Group]