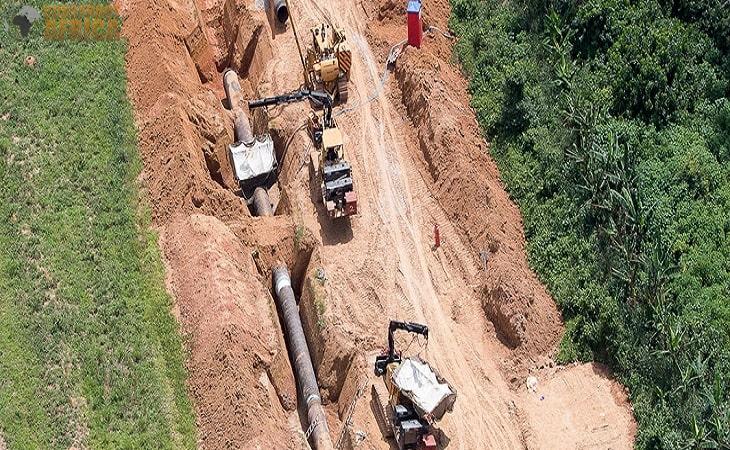 East Africa Pipeline Project to Continue Despite Withdrawal of Funding

According to the Petroleum Authority of Uganda (PAU), the East African Crude Oil Pipeline project (EACOP) construction is set to continue.

The EACOP is a 1,443-kilometer crude oil export pipeline system. Its purpose is to transport crude oil from Kabaale-Hoima District in Uganda to a maritime port facility on the Chongoleani peninsula Tanga in Tanzania.

According to background information on the project posted on the East African Crude Oil Pipeline website (eacop.com), in 2006, commercial quantities of oil were confirmed to exist in the Lake Albert basin in Uganda. The Oil companies in Uganda; CNOOC LTD, TOTAL and TULLOW PLC completed the exploration phase. In November 2020 Total finalized the acquisition of Tullow’s entire interests in Uganda Lake Albert development project including the East African Crude Oil Pipeline in 2020.  Total, now a majority shareholder and CNOOC are now headed into development phase, which will consequently lead to the production of Uganda’s oil resources.

Once produced, the crude oil will be partly refined in Uganda to supply the local market and partly exported to the international market. The export to the international market will be through an export crude oil pipeline; The East Africa Crude Oil Export Pipeline (EACOP). This pipeline will be constructed and operated through a Pipeline Company with shareholding from the Uganda National Oil Company, the Tanzania Petroleum Development Corporation and the two oil companies; TOTAL and CNOOC.

In April this year, a US$3 billion deal for the crude oil pipeline project was signed between Uganda (represented by Uganda's President Yoweri Museveni), Tanzania (represented by Tanzania's President Samia Suluhu) and French company Total (led by the company's Chief Executive Patrick Pouyanne).

Patrick Pouyanné: This is a major, and historic milestone in the journey of the old history, not only for Uganda, and Tanzania, but for East Africa, and for the world. #UgOilLaunch pic.twitter.com/3AShr1k98g

Subsequent to the signing of the agreement between Uganda, Tanzania and Total, several international banks announced that they were pulling out of the project in late April after receiving a petition by 263 organizations. These organizations from around the world raised concerns about the project.

Nonetheless, Bright Clovice Irumba, the Director of Exploration at PAU, has insisted that the project will continue as other banks can finance the project despite some banks withdrawing their support.

He said, “There are various international financial institutions, and most of them have their own policies when it comes to funding projects, and those policies may hinder their involvement in certain projects. But what we are sure of is that there will be others that will be interested and willing to partake in the ventures."

“As far as I know, no company in the industry can launch the project like how Total E&P Uganda did on April 11, if they are not satisfied that they will source all the necessary funding to take forward the project.”

As if in confirmation of Irumba’s statement, the government approved the Resettlement Action Plan (RAP) to pave the way for the EACOP project. Honey Malinga, the Director of Petroleum at the Ministry of Energy and Mineral Development (MEMD), stated that this move clears the path for implementing the second phase of the land acquisition and resettlement process.

This process involves finishing the acquisition of land, securing the rights to the land to be involved in the pipeline project, payment of compensation, and resettlement of affected households.

On the Ugandan side, these land requirements total to about 1,109 hectares (ha). Over 90% of this involves the 30m wide construction corridor for the export pipeline and AGIs. The remaining 10% is for temporary construction facilities and access roads.