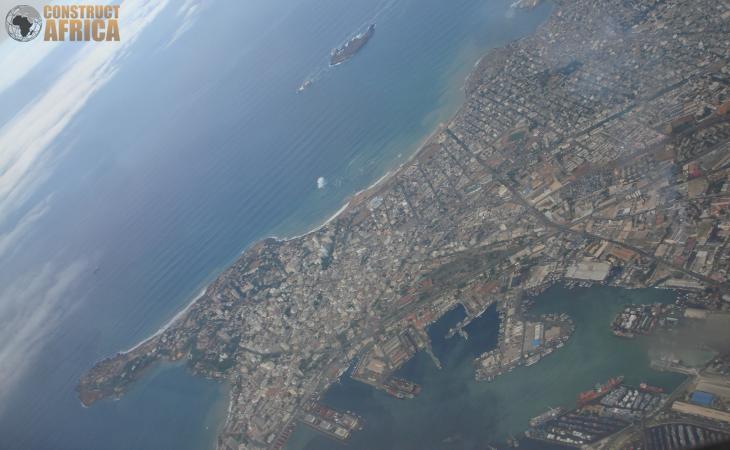 The issuance of the bond marks the start of the process of relocating the capital city’s port and its operations to a new greenfield site. The new deep water port is expected to increase efficiency in operations and reduce city centre congestion in Dakar.

The proceeds of the PAD bond will help fund phases one, two and three of the move of the port of Dakar from the centre of the city to a deep water port location 35 km by sea and 70 km by road from the existing site. The port will be part of the new special economic zone that includes Dakar’s international airport, which opened in 2017. New and upgraded road and rail links will connect the port and airport to Dakar and into the regional transport network. The seven year bonds will have a coupon rate of 6.60%.

Financial close (the transfer of funds from EAIF to Port Autonome de Dakar) took place on 13th October. The bond was issued on the regional UEMOA stock exchange.

Roland Janssens, a director at EAIF’s managers, Ninety One, says;

“Supporting enterprise zones around major ports is a core strategic economic development objective of PIDG and EAIF. So too is contributing towards strengthening local capital markets. Port Autonome de Dakar is to be congratulated on its vision and ambition. The new port will help make Senegal a more competitive international economy and have benefits for the whole of West Africa.”

The current port at Dakar has evolved over the past 150 years and is now reaching the end of its productive life as global shipping demands deeper water, custom-built facilities for specialist cargoes and fast turn-around times. Senegal’s new port at Popinguine-Ndayane will cover an area of 1200 hectares. Offering deep water capable of taking very large ships with a draught of up to 16.5 meters, it is being purpose built to respond to shipping market needs. Turnaround times will fall by between a half and two thirds, depending on the nature of the cargo. It will be rated a “4th generation” industrial port, meaning it will be capable of competing with the most advanced ports on the global stage. Container-based shipping is scheduled to be first to use the new facilities, followed by RoRo (roll on, roll off) traffic then other activities.

"As a regional specialist in capital markets, Invictus is proud it was able to use its expertise and local knowledge to help at the birth of such an important infrastructure development for Senegal and West Africa. The success of the issue is an encouraging sign of the attractiveness of Senegal to international investors."

PAD have developed a “Green port” strategy  that aims to minimise the port’s carbon footprint. The plan includes a commitment to a large-scale tree-planting programme to help deforestation in other parts of the country.

“Creating a great new port to serve west African economies on a new site is one of the foundation stones of building a more successful, more prosperous and greener future for Senegal. It is of great benefit to Port Autonome de Dakar to have EAIF and PIDG supporting us in this venture. They bring deep expertise of financing African infrastructure and share with us a vision of long-term investment delivering a legacy of economic and social progress.”

Dakar’s existing port employs some 1,800 people. PAD estimates that an additional 400 jobs will be created when the port relocates. The construction phase is expected to bring work to some 3,000 people.

The project is forecast to have a ten to fifteen year construction period. It is part of the Government of Senegal’s economic development plan that will take the country to 2035. Relocation will free up valuable waterside land in Dakar city. Among the benefits of ending most port activities in the city centre will be greatly reduced road traffic congestion, lower pollution from road traffic emissions and the stimulus of new economic activity in the land vacated by the port.