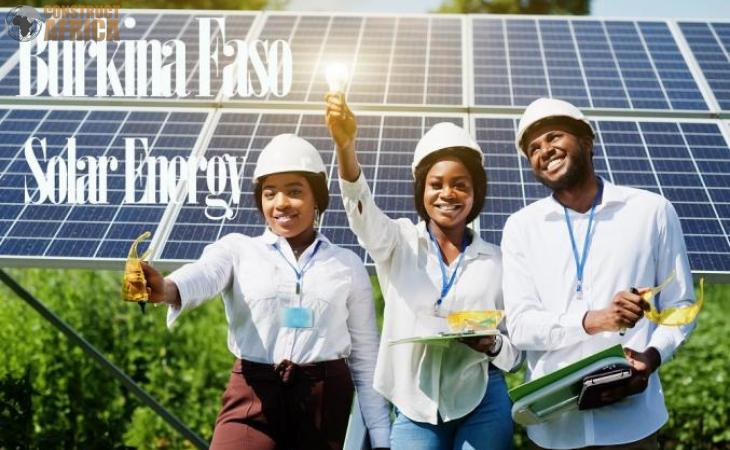 A 30MW large-scale solar energy plant is to be constructed in Burkina Faso, it was been announced.

Located some 250km south east of the nation’s capital city of Ouagadougou, near the town of Pâ, the new solar energy plant will supply all the electricity it produces to Burkina Faso’s national power utility, La Société National D’électricité Du Burkina Faso (SONABEL).

The Emerging Africa Infrastructure Fund (EAIF), a member of the Private Infrastructure Development Group (PIDG) is lending the project’s developer, Urbasolar SAS, 80% of the capital needed for the construction of the new 30MW facility. EAIF is the sole lender to the project, providing €29 million of the estimated €35.4 million development cost. Financial close (the transfer of funds from lender to borrower) is expected by the second quarter of the year.

“Harnessing Burkina Faso’s sunshine to improve its future prospects will bring many benefits to the country and make an important contribution to fighting global warming. This project is a perfect example of how EAIF’s public private partnership model can have lasting economic, social and environmental impacts while mobilising private capital and enterprise to create new infrastructure.”

“As a European expert in solar power, the Urbasolar group is conscious of its role in developing this energy source in Africa, notably in Burkina Faso, where we already operate. It is Urbasolar's conviction that the solar power sector offers solutions to numerous economic, environmental and social issues. Therefore, in addition to providing green energy, this project also includes a number of other measures such as education regarding solar technology, the provision of study grants and a microfinancing program for local women, as well as support for the healthcare system.

“This project is the result of the willingness of the Burkinabé president, Rock Marc Christian KABORE, and the government to increase the country’s energy supply by promoting private investment through public-private partnership. We are pleased to be able to work alongside the government and the national energy utility, SONABEL, to reach the goal of generating 200 MW of energy via solar power plants by 2021, the strategy established by Dr Bachir Ismael OUEDRAOGO, Minister of Energy, Mines and Quarries.

“EAIF's experience in the renewable energy sector in Africa is a considerable asset for developers like Urbasolar. We are pleased to share our own values of Sustainable Development and to collaborate with EAIF on this project, which demonstrates our shared goal of long-term infrastructure development in rapidly developing regions.”

Burkina Faso has a population of nearly 20 million people. Over 40% of people live below the poverty line. The country has one of the world’s lowest rates of electrification. Because of a shortage of installed energy generation capacity, Burkina Faso needs to import electricity from neighbouring states. Urbanisation, structural changes to the economy and recent strong GDP growth have increased demand for energy. Currently relying mainly on fossil fueled power stations, the country has embarked on a programme of attracting private capital and expertise to build renewable energy capacity. The Urbasolar project is one of the first of the new green energy plants. Around 280MW is expected to be commissioned over the next three years.

Urbasolar was selected as the developer following a competitive tender process run by SONABEL. Urbasolar will build and operate the plant and construction is forecast to be completed within 18 months.

Established in France in 2006, Urbasolar has installed over 650 PV plants and currently operates solar plants of over 900MW. Urbasolar is provding 20% of the project’s capital. It is the majority shareholder in the Pâ facility. A minority stake is held by Project Production Solaire (PPS). Founded as a specialist renewable energy and energy efficiency business in 2010 by a group of Burkinabé engineers, PPS operates in Burkina Faso as well as Togo, Ivory Coast and Benin.

In July 2019, Urbasolar was acquired by AXPO, a Swiss utility and Switzerland’s largest producer of renewable energy.

Ground-mounted photovoltaic power plant with a total peak power of 29,967.84 KWp. The PV modules are installed on fixed structures with an inclination of 15° and oriented South. The Project includes string inverters and monocrystalline modules. The plant will be connected to the grid via a 2km cable to a nearby sub-station.

Advisers to the Lender