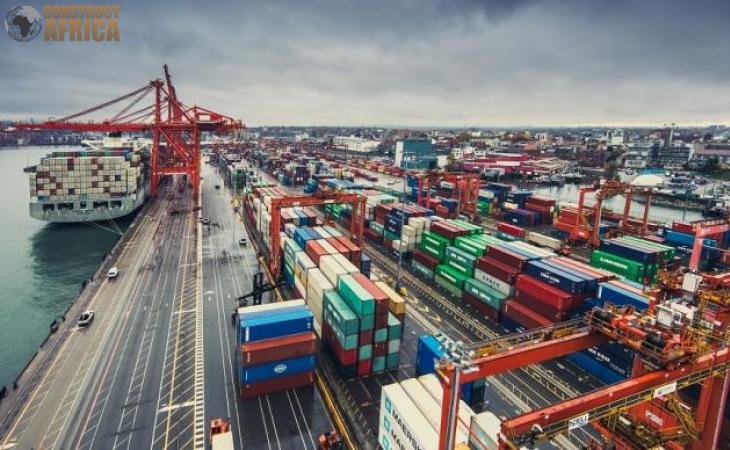 Dubai's DP World is set to start the development of a deep sea port at Banana in Democratic Republic of the Congo (DRC).

The planned commencement of work on the sea port follows agreement on amendments to the initial contract between DP World and the Government of DRC.

A term sheet summarizing the amendments to the contract, which was signed in Kinshasa by Guylain Nyembo Mbwizya, Chief of Staff to the Head of State, and Suhail Al Banna, CEO and Managing Director of DP World, Middle East and Africa region, follows part of a review by the parties of some of the existing contractual document clauses signed in March 2018, when DP World was awarded the 30-year concession to develop and manage the Banana Port.

DP World said in 2018 that the first phase of the project would include a 600-meter quay and 25-hectare yard extension with a container capacity of 350,000 TEU and 1.5 million tonnes for general cargo.

The objective of the amendments was to readjust the different obligations of the two parties under the project, to better support the vision of His Excellency, President Félix Tshisekedi, to develop the country's trade and logistic sector. The port will be the DRC's first deep sea port along its 37 kilometre coastline on the Atlantic ocean. Currently, there is only the riverine port of Matadi positioned along the coastline.

Banana is a small seaport in the Bas-Congo province of Democratic Republic of the Congo on the Atlantic coast. The port is situated in Banana Creek, an inlet about 1km wide on the north bank of the Congo River's mouth, separated from the ocean by a spit of land 3km long and 100 to 400m wide. The port is located on the creek side of the spit, which shelters it from the ocean. It is about 8km south-east of Muanda to which it is connected by a paved road running along the coast.

The development of the Banana Port, which is expected to take two years, is expected to bring significant cost and time savings for the country's trade, as it will attract more direct calls from larger vessels from Asia and Europe, and will boost not only the growth the country's economy, but also the region.

When the concession to develop and manage the Atlantic Coast port was originally awarded in 2018, it was reported that the concession would be operated through a joint venture in which DP World holds a 70% stake, and the DRC government hols the remaining 30%. The company was reported at the time to have earmarked an estimated initial investment of $350 million for the first stage of the project, which is expected to cost more than US$1 billion over four phases.

André Wameso, Deputy Chief of Staff to the Head of State in charge of economic and financial matters, said: "This signature materializes the promise of His Excellency the President of the Republic to make the construction of the deep-water port of Banana one of the priorities of his mandate. And, he wished for a contract that takes into account the interests of Democratic Republic of the Congo, which is now the case."

Suhail AlBanna, CEO and Managing Director of DP World, Middle East and Africa region, said: "The signing of the term sheet is a key milestone in the partnership between DP World and the Government of the DRC, in moving forward with the project and the firm desire of DP World to be part of the President's vision that will give the country strong, efficient and affordable access to international markets that will enhance its export capabilities."