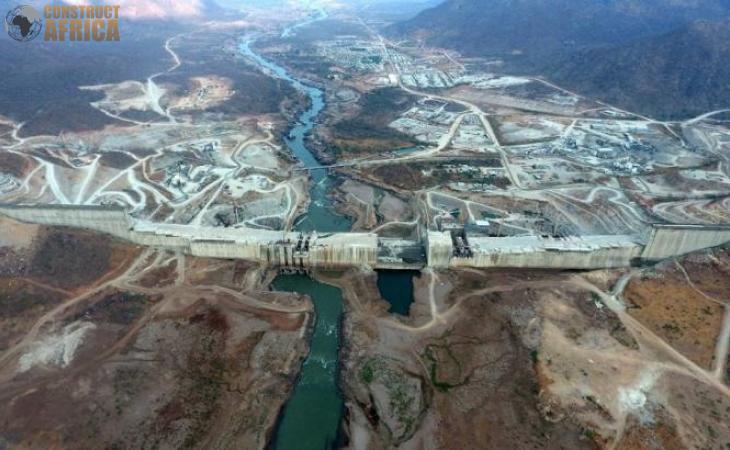 Dispute between Ethiopia, Sudan, and Egypt over GERD construction on the Nile

Ethiopia, Egypt and Sudan are locked in a dispute over the Grand Ethiopian Renaissance Dam (GERD), which Ethiopia is constructing on the Blue Nile river.

Egypt and Sudan fear that this project will have a negative impact on their water supply. This Great Ethiopian Renaissance Dam is 170 meters high and nearly two kilometers long. Once completed, it will be the largest hydroelectric installation in Africa.

Ethiopia has been unable to resolve the discord with its neighbors, despite its flagship hydropower project for economic development being nearly complete.

Ethiopia's neighbours, Egypt and Sudan, are concerned about the impact of this development on their water supply. For a couple of years, negotiations between the nations have been underway to find common ground. The African Union (AU) oversaw talks that were held early in April 2021 in Kinshasa. However, they also reached an impasse.

Egypt’s top diplomat reported that along with Sudan, it would take this dispute to international organizations including to the United Nations Security Council. However, Ethiopia’s counterpart expressed the willingness to "reach a win-win outcome that would not foreclose its current and future legitimate rights over the utilization of the Nile." The Blue Nile joins the White Nile in Khartoum and provides about 60% of the Nile’s flow.

William Davison, a senior analyst at the International Crisis Group, gave some insight into this situation. He said, "Among the main sticking points is how the dam will be managed during different periods of drought, which comes down to how much water Ethiopia would be willing to release from the dam reservoir."

"There is also the issue of dispute resolution. If there is a disagreement, Sudan and Egypt want international arbitration in the final phase of the dispute resolution process. Ethiopia is not prepared to accept this, it believes that such an arrangement is inappropriate," he explains.

The Nile River provides Egypt with most of its irrigation and drinking water. Sudan is also concerned that its own dams could be damaged by this new structure. The issue was intensified when Ethiopia began filling its reservoir last summer during the rainy season. Seleshi Bekele, the Minister of Water, Irrigation, and Energy of Ethiopia, confirmed that this would continue this year.

He said, "In the second year of filling, it is very clear it has nothing to do with anything. As construction progresses, filling takes place." Ethiopia is experiencing rapid economic growth. However, half of its population still does not have access to electricity. Therefore, this project is extremely important for the country.

The cost of this project is approximately €4 billion. The project is completely financed by Ethiopia. The dam is reported to have a capacity of over 6,000 megawatts (a reservoir of 74 billion cubic meters of water), and will be filled to full capacity in stages over a period of four years. The first two turbines are set to be commissioned within a year.