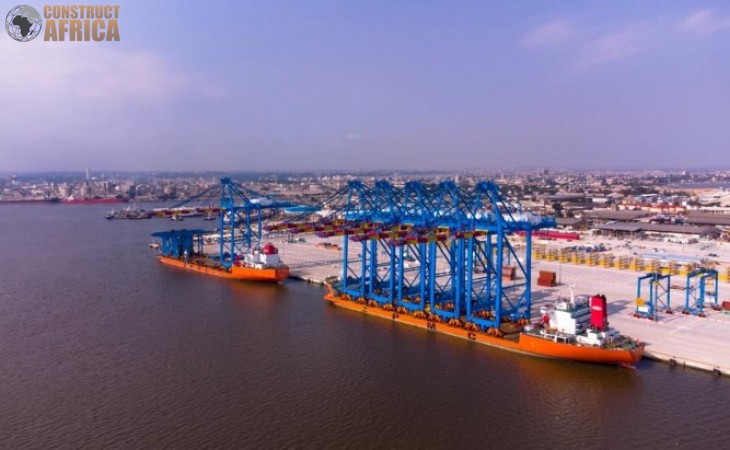 The fully electrified new equipment arrived in Abidjan on a semi-submersible vessel, significantly reducing the facility’s energy consumption and carbon dioxide emissions. It will be a step-up over the previously used diesel-running equipment.

The switch to electric is in line with APM Terminals’ ambition to achieve net zero emissions by 2040 and a 70% reduction by 2030. They are also looking into new green sources of electricity to power the equipment on the terminal.

“By receiving this equipment, all of the efforts and investments made by Côte d’Ivoire Terminal are paying off, allowing us to accommodate higher volume levels and streamline import and export flow in West Africa. This new infrastructure encompasses all the latest innovations and perfectly showcases our overall expertise as a port operator,” said Olivier de Noray, Ports and Terminals Managing Director of Bolloré Ports.

The construction contract for the new Côte d’Ivoire Terminal was awarded to China Harbour Engineering Company (CHEC) by a consortium comprising Bolloré and APM Terminals. Construction works started in 2020. ConstructAfrica reported the signing of the contract and commencement of construction here.

The new terminal is located next to the existing Abidjan Terminal, and will add 1.2 million TEU in annual throughput capacity in its first developmental phase.

Over 45 hectares of land were also reclaimed to create this new terminal and an adjacent Roll-on Roll-off facility.

The new Côte d’Ivoire Terminal has a maximum draft of -18 metres. Its 1,100-metre quay will accommodate vessels of up to -18 metres, thus increasing accepting larger ships in the future. It also has a rail yard with two tracks of 300 metres each and reefer plugs for 1,100 containers.

The additional capacity provided by the new terminal is expected to make it a preferred seaport gateway for the surrounding landlocked countries of Burkina Faso, Mali, and Niger. It will also generate 450 direct and thousands of indirect jobs.

“The arrival of this equipment marks an important milestone for our second container terminal, with the progress of the development of the container fleet estimated today at 95%. Arrival and commissioning of this equipment were the last element we were waiting for before we could start the operational testing phase,” said Koen De Backker, Managing Director of Côte d’Ivoire Terminal.

Photo: Delivery of Cranes to site of the Second Container Terminal (TC2) at the port of Abidjan (@PortTechnology Twitter Handle)