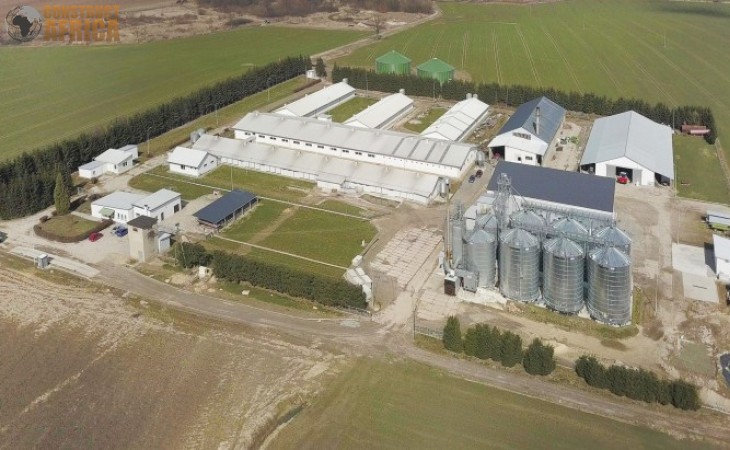 The project site is located in the north of the country, on the border with Mali and Burkina-Faso.

The agro-industrial hub will be a fully serviced central hub. The scope of work on the project includes the construction of roads and various utilities, green sources of electricity, solar lighting, sanitation, and waste recycling. The hub will host major industrial units and logistical and other services.

Five aggregation-service centres will be built to operate as service, secondary packaging, and primary processing centres for agricultural products.

Speaking at the launch ceremony, Prime Minister Patrick Achi said “Our country is an agricultural powerhouse. We need to continue strengthening it and driving growth by producing more and better and improving processing for better exports. This project is a huge initiative that is part of our ambition towards developing a new kind of agriculture in Côte d’Ivoire.”

The Ivorian Prime Minister also expressed his thanks to the African Development Bank Group, which he said “has agreed to support us in establishing nine agricultural hubs across the country. Developing agriculture in Côte d’Ivoire is about increasing our people’s well-being on a daily basis.”

Marie-Laure Akin-Olugbade, AfDB's Director General for West Africa, commented that “Côte d’Ivoire is a pioneering country in the development of agricultural hub projects, which are now being rolled out in 20 African countries. The northern agro-industrial hub is the second project of its kind, following one in the Bélier region in Yamoussoukro, the capital."

Funding for the project will also come from a contribution of US$73.3 million by the Economic Community of West African States Bank for Investment and Development. Other donating agencies will be the Organization of the Petroleum Exporting Countries (OPEC) fund for international development contributing US$52.6 million, and the South Korean Fund for Globalisation (Saemaul), donating US$6.1 million.

Côte d’Ivoire is the world’s leading producer of cocoa and second-largest exporter of cashew nuts. The agro-industrial hub projects will enable the country to boost its production of rice, maize, mango, cashews, and animal and fish products.

The project will also help boost the country’s food and nutritional security, reduce the country’s dependence on food imports and increase exports of agricultural products.

This project will indirectly benefit 1.2 million people and contribute to increasing and diversifying agricultural products, creating 25,000 direct and 45,000 indirect jobs in the intervention area.