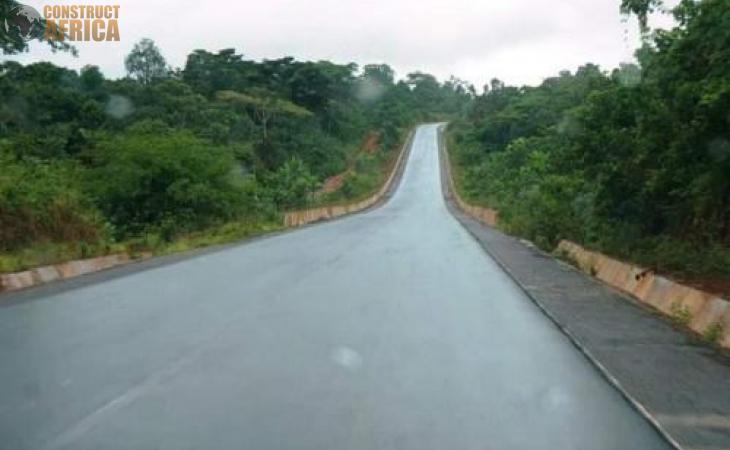 The 89 kilometers Nkolessong-Nding Road was inaugurated by Cameroon's Minister of Public Works, Emmanuel Nagnuo on the 28th of December last year.

Mr. Emmanuel was pleased with the ceremony as he said, “This inauguration is the materialization of the investment effort made by the State of Cameroon in the field of road infrastructure because the construction was funded by the Public Investment Budget.”

And an investment it was. The asphalting of the Nkolessang-Nding road and the Nanga Eboko-Bigogo bypass (part of the 275 km Obala-Batchenga-Bouam road development project) was done at a project cost of around XAF55.43 billion (US$ 102.07 million).

This heavy investment is worth its weight in gold as it will boost trade between the North, East, Centre, and Adamaoua regions and the Far North regions that have strong agricultural potential. Also, this road infrastructure was constructed to improve the connection and travel between the Eastern and Central regions.

In addition to boosting trade, this road will allow easy movement from departments of Lekié and Haute Sanaga in the Central region to Lom-et-Djerem in the Eastern region. This project is a big deal for the local people who were pleasure was evident at the inauguration ceremony. They were also overjoyed by the promise of more complementary works including social amenities such as classrooms and water supply systems.

Although the hard work has now borne fruits, it wasn’t all smooth sailing as the project encountered some hiccups. China International Water & Electric Corporation (CWE), the Chinese company that won the contract about five years ago regularly complained about delayed payments. They used this claim to explain the various delays on their part to deliver work.

Nonetheless, in July of last year, Emmanuel Nganou Djoumessi, the Minister of Public Works, spoke up and condemned this behavior saying,  “You can’t take six months to build 11 km of road, it is unacceptable.” At that point, 94.02% of that deadline was consumed and 73.04%of the payments had been made.

Mr. Emmanuel then ordered that the CWE deliver the works within the next 60 days from that date, the first of July 2020. Thankfully, the Chinese company adhered and everyone was happy about it.