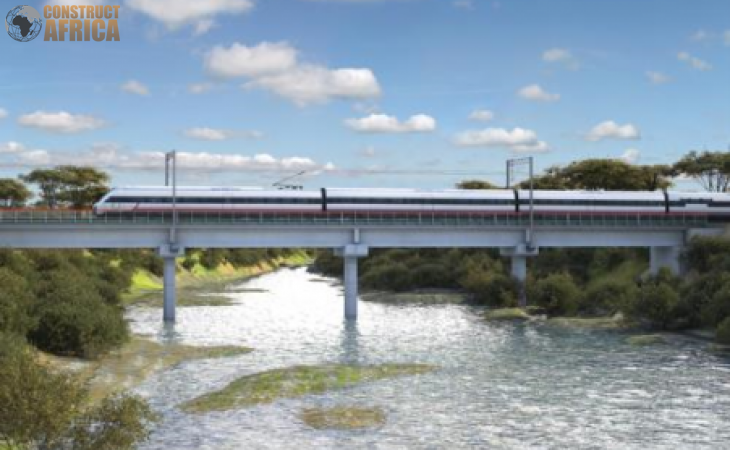 The official ground-breaking ceremony took place at the Cheyo B stadium in Tabora.

Tanzania’s Minister of Works and Transport Makame Mbarawa, laid the foundation stone for the construction of the Makutupora-Tabora rail, the third phase of the Dar es Salaam-Mwanza SGR project.

Masanja Kadogosa, director-general of the Tanzania Railway Corporation (TRC) and other government officials and private companies attended the official ceremony on 12 April 2022 at the Cheyo B stadium in Tabora.

The project includes the construction of a 368-kilometre standard gauge railway. The main line will include 294 kilometres, while the remaining 74 kilometres will be crossroad connections. Tanzania Railways and Yapi Merkezi signed the US$1.9 billion contract for the Makutupora-Tabora project in early 2022.

The project is expected to take about 46 months to complete, including a 10-month trial period. Yapi Merkezi will oversee the construction of seven stations, electrification works, and installation of the signalling and telecommunications systems.

Eight passenger and freight stations will serve the standard gauge line in Manyoni, Itigi, Kazikazi, Tura, Malongwe, Goweka, Igalula, and Tabora and the Tabora Central Trian Station. “Our company has already undertaken the construction of the first two phases of the Dar es Salaam-Mwanza SGR rail project in Tanzania, which will be the fastest railway in East Africa,” Erdem Arioğlu, the vice-chairman of Yapi Merkezi Construction, said at the ceremony.

This project is part of the Tanzanian government's expansion of the rail network in the country. The standard gauge railway (SGR) is to replace the meter-gauge railway (MGR). The SGR would transport shipments and passengers at 160km/hr and carry heavy loads.

The SGR will link Tanzania, from the Dar es Salaam port to neighbouring Rwanda, Burundi, and the Democratic Republic of the Congo. The 1,219-kilometre SGR is being implemented in 5 phases:

Phase 2 – Morogoro-Makutupora. Launched by the late President Magufuli on 14 March 2018. Construction is underway by Yapi Merkezi.

The works on the Makutupora-Tabora line are expected to be completed by 2024, at a cost of TSh3.0617 trillion (US$1.3 billion) funded by the Tanzanian government.