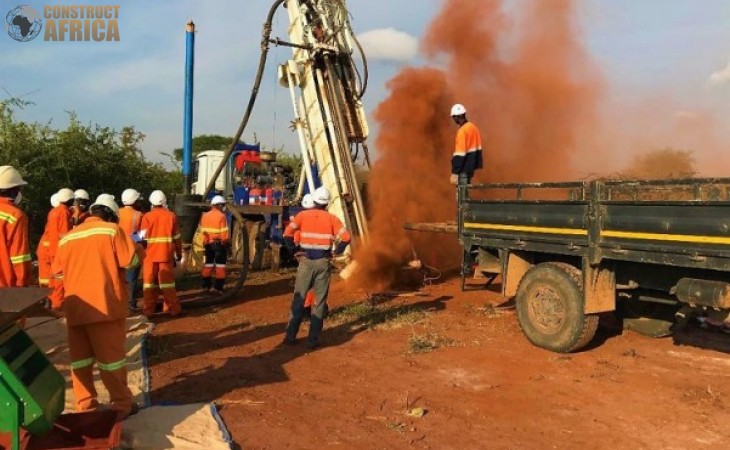 The Singida Gold Project is an open pit gold mine under construction in the Ikungi district of Tanzania's Singida Region.

The Singida gold mine is being constructed by Gold mining company Shanta Gold.

Construction works on the Singida gold mine commenced in October 2020. The mine site covers an area of approximately 98 km2. The cost of the project is estimated to be US$26 million, and this being funded by Shanta Gold’s internal cash flows.

Commercial production at the Singida gold mine is scheduled for early 2023. The initial mine life is expected to be seven years, with an expected average annual production of 32,000 ounces.

Major infrastructure details like bulk power, water, buildings and fencing are progressing smoothly. Metso Outotec has completed the design and manufacture of the crushing circuit for the mine. The grinding and gravity circuit mill is currently being manufactured by NCP in South Africa, with installation planned in May 2022.

Major milestones already achieved so far include open-pit mining which began in September 2021. The first successful open-pit blast was recorded on October 12, 2021. Tailings storage facility dam design was completed, all necessary permits and approvals were obtained before the commencement of construction.

Tanzania has an estimated gold reserve of about 45 million ounces. The country's gold production has seen a 700% increase over the past 25 years. The major concentration of gold reserves in Tanzania has been mostly on the greenstone belts around Lake Victoria, where large deposits are located.

Our CEO Eric Zurrin sat down with Modern Mining to discuss construction progress at our Singida Project as we near first production in early 2023. We're excited for Singida’s potential to propel Shanta into a 100,000+ oz per year producer in the near-term. Read more below. pic.twitter.com/hCRYczgWZC

Before commencement of production, the company will also finalize contract awards for the remaining equipment and tenders for processing plant equipment. They will also obtain Mining Commission approval for contract awards and installation of slurry pumps to support TANESCO bulk power.

Mr. Jiten Divecha, a Tanzanian national, has been appointed as General Manager for the Singida gold mine. Mr. Divecha has 20 years’ experience, including as a former operations manager for African Barrick Group in Tanzania.

Shanta Gold also owns the New Luika gold mine in the Songwe District of South Western Tanzania, and is developing the West Kenya gold mine project in Kenya.

This project is expected to have a positive impact on the Ikungi region. Community investment initiatives have started, including upgrading of roads and surrounding infrastructure and the launch of schools in surrounding villages, which will help improve livelihoods, water, health and education. Shanta has also announced that 100% of its employees and contractors on-site, totalling 210 people, are Tanzanian nationals.