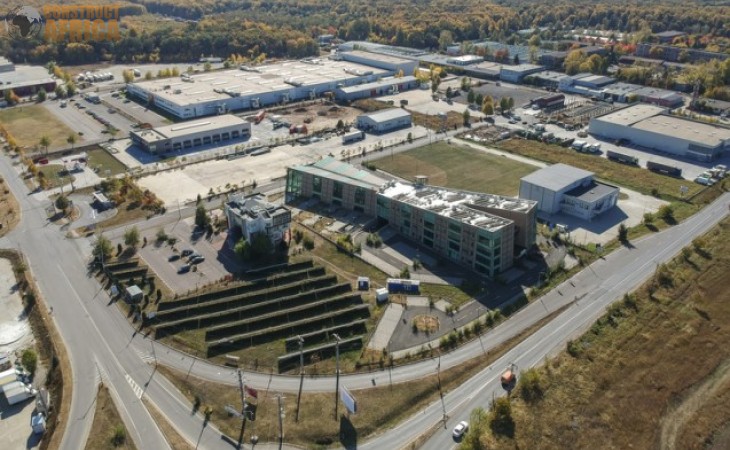 Russia's First Deputy Minister of Industry and Trade, Vasily Usmakov has confirmed that Russia will start financing the Russian Industrial zone in Egypt this year, 2022.

Russia and Egypt had initially signed an agreement for the establishment of a Russian industrial zone in the Suez Canal in Egypt on 23 May 2018. The agreement was endorsed by Egypt’s President Abdel Fattah al-Sisi a year later. The agreement is for a period of 50 years.

The industrial zone to be constructed under the agreement will be located in the east of Port Said, and will cover a ground area of 5.25 million square metre (57 million square foot). Full implementation of the project is expected to take thirteen years. Resident companies in the industrial zone will receive rental holidays, preferential tariffs for energy resources, a special preferential tax regime, and a ready-made site.

Potential investor funding for the project is coming from representatives of leading sectors of the Russian industry, such as mechanical engineering, chemical industries, mining and pharmaceuticals.

The construction works for the project was initially supposed to start in 2020 but was postponed due to the Covid-19 pandemic. For the first two to three years, at least 50 resident companies will appear in the zone. The cost of developing the primary infrastructure for the industrial zone is estimated to be US$190 million. A total amount of US$7 billion is expected to be invested in the project by private investors.

The master plan for the this industrial zone was developed by the Association of Industrial Parks of Russia, and presented to the Directorate of the Suez Economic Zone in Egypt in November 2021. The presentation was conducted by a delegation comprising Russia's Industry and Trade ministry, the VEB.RF (a Russian state development corporation) and representatives of Russian companies, who visited Egypt from November 14-16 2021.

After negotiation with Yehia Zaki, Chairman of the Main Directorate of the Suez Economic Zone, the main terms of the contract were signed. These terms included the lease period of the land plot, size and coordinates of the plot, deadline for completion of site preparation by the developer for the location of resident production facilities as well as rental rates.

Production from the industrial zone could be starting as early as 2022. “The first production expected from the Russian industrial zone, set to be established on the Suez Canal axis, will be in 2022, provided that the agreements to establish the zone are completed during the next year, the zone will include 32 Russian companies,” Georgiy Borisenko, Russia's ambassador to Egypt, told Egypt's Al Akhbar newspaper in October 2020.

Vladimir Putin and President of Egypt discussed building Egypt’s first NPP and the creation of a Russian industrial zone near the Suez Canal https://t.co/lQ8WnNV304

In addition, Russia will be repeating this experience in other countries including Uzbekistan, which provides an attractive market for investors. This zone will help decrease unemployment in Egypt, increase foreign direct investment(FDI) along with production facilities and establish Egypt as a trade hub.

Related News
Visionary construction project in Egypt recalls the age of the pharaohs
Dispute between Ethiopia, Sudan, and Egypt over GERD construction on the Nile
Siemens Gamesa delivers 250 MW of clean wind energy to Egypt