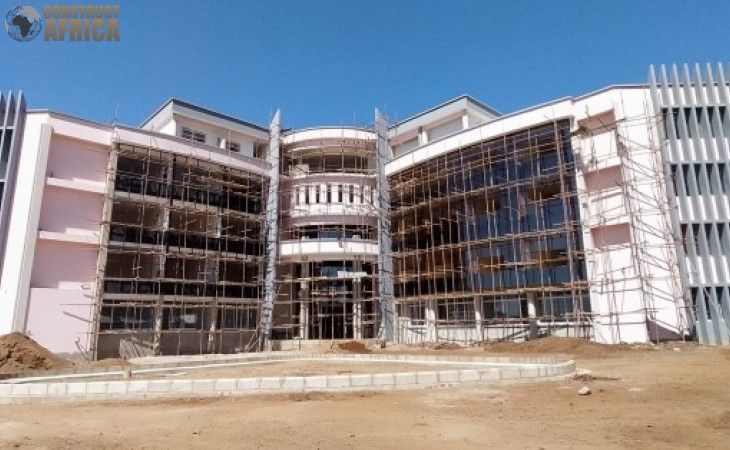 The second phase of a nuclear energy laboratory under construction in Tanzania is nearing completion.

On completion, the ultra-modern laboratory facility will be used for testing and maintenance of sophisticated radiology equipment and instruments. The facility is located in the city of Arusha in northern Tanzania, and will serve the east Africa region.

The first phase of construction of the nuclear energy laboratory was was completed by the Tanzania Buildings Agency (TBA) in 2018, and inaugurated by Prime Minister Kassim Majaliwa on 29 April 2018.

The second phase works is budgeted to cost TSh10.4 billion (approx. US$4.4 million), and was scheduled for completion within 3 years. The project is being funded by the government of Tanzania.

On 9 March 2022, Professor Lazaro Busagala, the Director-General of the Tanzania Atomic Energy Commission (TAEC) told a Parliamentary Committee on Social Services that the construction of phase two had reached 94% completion. Professor Busagala also stated that phase 2 of the nuclear energy laboratory will be opened by September this year (2022).

The increasing demand for reliable, clean and cost-effective energy has led to increasing interest in the development of the nuclear industry. Tanzania considered introducing nuclear power to its energy mix following the discovery of uranium in Tanzania in 2009.

This week, 49 National Liaison Officers to the @iaeaorg #TCprogramme & @AFRAAfrica National Coordinators from 37 African countries are meeting in Abuja, Nigeria to discuss TC implementation and how to enhance the efficient and effective use of #nuclearscience across the continent pic.twitter.com/CTGnQMCwdm

In 2013, an International Atomic Energy Agency (IAEA) Uranium Production Site Appraisal Team (UPSAT) mission to Tanzania suggested guidelines for the establishment of regulatory infrastructure, legislation for safe uranium mining and harmonisation of regulations to protect people and the environment. The IAEA is the world's centre for cooperation in the nuclear field and seeks to promote the safe, secure and peaceful use of nuclear technologies.

“Five years on, a lot of progress has taken place,” said Dennis A. Mwalongo, Head of the Department of Ionizing Radiation at the Tanzania Atomic Energy Commission (TAEC) in a 2018 report to the IAEA. “The government has worked actively to implement UPSAT recommendations, which include developing appropriate legal and regulatory measures that comply with international requirements.”

Mr. Mwalongo also added that "The government has completed the first construction phase of the TAEC laboratory complex, which will provide radioanalytical and calibration services to support regulatory oversight of uranium mining in the country and the wider region."

Prior to the construction of the new nuclear energy laboratory facility, an existing laboratory at the main administrative building was already serving clients from Kenya, Uganda, Malawi and Zambia.

Top Photo: Construction of the second phase of a new laboratory complex for the Tanzania Atomic Energy Commission is nearly complete (taec.go.tz)