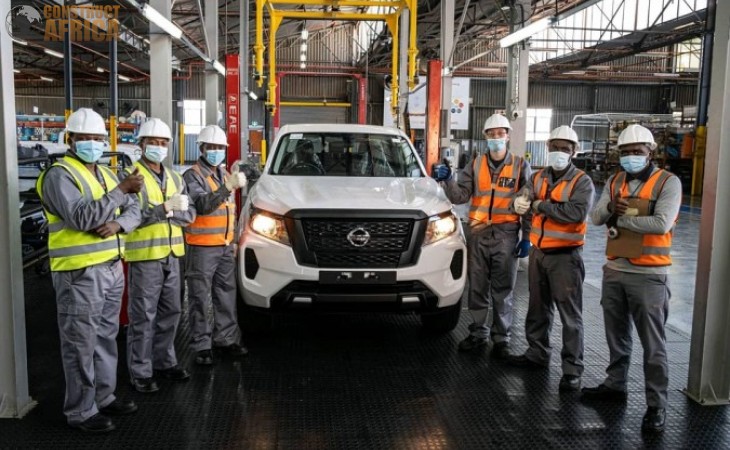 Construction of Nissan Motor Plant in Ghana on Track for Completion

The new Nissan assembly plant will be located in Accra, the capital of Ghana, and will be 100% Ghanaian operated by the Japan Motors Trading Company (JMTC).

On completion, the fully operational plant will consist of four warehouses for the assembly and testing lines, a special shower bay fed by a 180m³ water tank, a test track, offices and a showroom area.

The first model to be assembled at the new facility will be the Nissan Navara pickup truck, which will be produced to specifications created for the African market, from semi-knockdown kits supplied from Nissan's Rosslyn plant in South Africa. The first Navara pick-ups are expected to start rolling off the assembly line at the Nissan Accra plant from March 2022.

JMTC was chosen by Nissan as its local assembly partner in Ghana, after a memorandum of understanding was signed between Nissan and the Ghanaian government in 2018 following Ghana’s drafting of its automotive development policy to encourage investment in the sector.

JMTC is reported to have invested US$8 million into the construction of this assembly plant.

"Nissan and Japan Motors support the Ghana Automotive Development Policy, which is why we want to do our part in creating jobs and stimulating African economies.” says JMTC Managing Director Salem Kalmoni.

In June 2021 twelve Ghanaian technicians from JMTC completed a three-month training course on the assembly of the Navara pick-up at Nissan's Rosslyn plant in South Africa, in anticipation of the opening of the Nissan plant in Ghana.

In December 2021, Grace Jeanet Mason, South Africa High Commissioner to Ghana, visited the site and expressed her pleasure with the progress of work on the automotive plant. She took a tour of the entire plant inspecting all sections starting from the assembly line, right up to the tester line and the water test facility.

"I am happy to see the two teams working together. The President of South Africa, Cyril Ramaphosa, was recently in Ghana to strengthen the bilateral relations between our two countries and this is a perfect example of this. It inspires me to see the skills transfer as Ghana begins to develop its automotive industry and become self-sufficient, creating jobs as well," Grace said of the plant's vision.