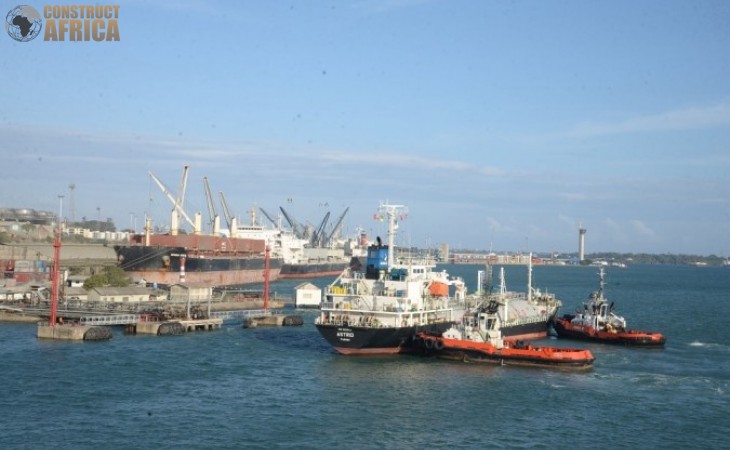 According to the Kenya Ports Authority (KPA) management, the construction of the new Kipevu Oil Terminal is nearly complete.

The construction of this new Kipevu Oil Terminal is being carried out at the port of Mombasa near Dongo Kundu. The new terminal will sit directly opposite the second container terminal, and will replace the 50-year old terminal that is the current Kipevu Oil Terminal.

Construction works for the new terminal commenced in February 2019, and was original scheduled to be completed within a period of 30 months, and be completed by August 1 this year. Work was however slowed down due to the COVID pandemic. Last September (2020), KPA acting managing director Engineer Rashid Salim, is reported to have said “We experienced some delays because of Covid-19; however, we are now back on track and we expect to finish the construction works within the period that was set.”

The Kipevu oil terminal is being funded by the KPA and is being built by the China Communications Construction Company at a cost of US$385 million.

The dredging works were completed in November 2020, along with marine pilling. Marine pilling is the process of building deep foundations into the ground below sea level. These foundations support structures and buildings that have been started offshore.

When completed, the new Kipevu Oil Terminal will have the capacity to handle four vessels of up to 200,000 tonnes. It will also have a Liquified Petroleum Gas line that will help boost the cooking gas supply within the nation.

Kenya currently depends on both the old Kipevu Oil Terminal and the Shimanzi Oil terminal to offload petroleum oil and gas products. These two terminals are located near the Likoni Ferry Channel. Unfortunately, these two terminals can only handle one tanker at a time.

This is why this new Kipevu oil terminal will serve as a great boost to complement this industry. This new oil terminal will have land-based and subsea pipelines that connect it to storage facilities in Kipevu.

It will also have the capacity to handle five different products. These products include heavy oil, crude oil, and three types of white oil products, including AGO-Diesel, DPK-Aviation fuel, and PMS-Petrol. This construction project is part of KPA’s expansion program, which is set to secure Kenya’s energy needs.