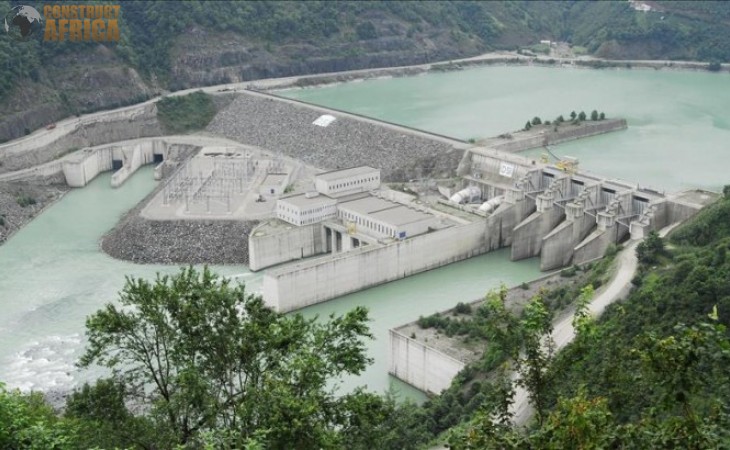 XCMG construction equipment have been operating non-stop on the hydropower plant construction site for the past nine months.

The Julius Nyerere hydropower plant (also referred to as the Rufiji Hydroelectric Power Station) is a hydroelectric dam under construction across the Rufiji River in eastern Tanzania. On completion, the dam is expected to have a power generating capacity of 2,115 megawatts, and will produce 5,920 gigawatt-hours of electricity per year.

The project is owned by Tanzania Electric Supply Company (TANESCO), who will also manage the completed power station and dam. In October 2018 TANESCO awarded the contract for the project to a joint venture comprising Egyptian construction company, Arab Contractors, and Egyptian electric components manufacturing company El Sewedy Electric. The contract amount is US$2.9 billion (approx. TSh6.558 trillion). The contract completion period is 42 months (including a mobilisation period of six months).

Arab Contractors will undertake civil engineering works on the project, while El Sewedy Electric would install all the electro-mechanical equipment like turbines, generators and transmission lines.

Construction commenced in 2019 and is scheduled to be completed this year, in June 2022. As at August 2021, the project was reported to be 62.7% complete, with the focus being on the installation of the turbines.

Xuzhou Construction Machinery Group Co. Ltd. (XCMG), a Chinese construction machinery company is currently operating a fleet of construction equipment at the site. The equipment, which includes 12 excavators, 9 cranes, 3 road rollers and 3 concrete spreaders, has been operating non-stop on site for the past nine months. Average operation time per equipment unit has exceeded 3,000 hours and has helped save valuable construction time on the project.

According to a news post on the XCMG website, the most advanced piece of equipment on the site is reported to be the XCA60E all-terrain crane which is equipped with the world’s first large-road, single cross boom independent suspension technology. Left and right wheels can be independently rotated to adapt to road conditions. This improves the cross country performance by 47% and high-speed manoeuvrability performance by 15% to cope with adverse working conditions like high temperatures and wet soil.

“The complex geographical and climatic conditions of Tanzania have been very challenging for construction machinery and equipment’s adaptability and reliability. XCMG has customized and upgraded the fleet of equipment to deliver optimal performance,” said Hanson Liu, vice president of XCMG.

The project is being financed by the government of Tanzania. El Sewedy also obtained a loan of US$500 million from the African Export-Import Bank, with guarantees from the United Bank for Africa and CRDB Bank, a commercial bank in Tanzania.

The scope of construction work includes constructing the main dam with a total length of 1,025 metres at crest level and a height of 131 metres, a permanent bridge on the Rufiji River which will be 250 metres high and 12 metres wide, and the construction of three power waterways with an average length of 550 metres which will channel water to the hydro turbines.

Dongfang Electric Corporation (DEC China) is manufacturing and installing nine turbine sets at the dam's power station with a capacity of 235 megawatts each.

A total of 27 transformers will be installed to step-up transmission voltage from 15kV to 400kV. The power generated will be evacuated through a 400kV high voltage power line to a substation from where it will be integrated into the national power grid.

✅Access to power expands the number and variety of business and job opportunities available. Creation of new markets and businesses.

Sources:- Ministry of Energy and All Africa
Photos By:- @JNHPPROJECT#Tanzania🇹🇿 pic.twitter.com/yKpSiaYf8O

The Julius Nyerere hydropower plant is expected to solve Tanzania’s power outages which have been a constant for many years now. The plant will help provide enough electric power to Tanzania without affecting the country’s water resources and environment.