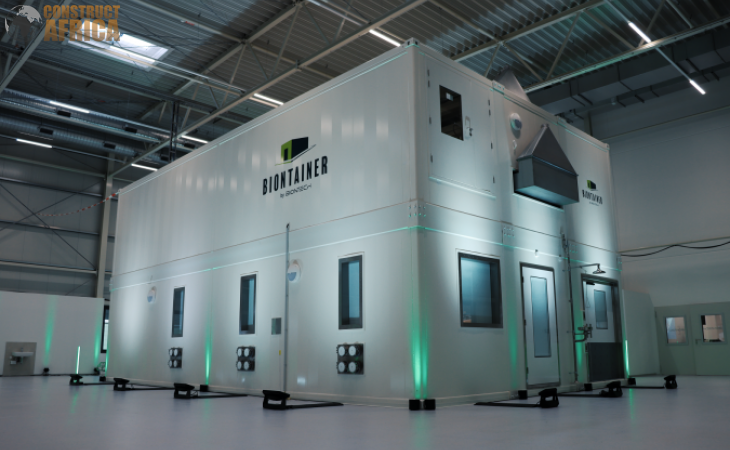 The project is in collaboration with German pharmaceutical company BioNTech.

Construction of the first Covid-19 mRNA vaccine plant in Africa is planned for Kigali, Rwanda. BioNTech, a German pharmaceutical company, broke ground for the facility in June 2022 in the presence of Paul Kagame, the Rwandan President, other African heads of state, and representatives from the European Union and the World Health Organization.

A Covid vaccine plant operational in South Africa also produces Covid-19 vaccines but is based on a more traditional virus-based technology.

The mRNA BioNTech-Pfizer Covid-19 vaccine will be produced at the facility. The plant will be based on modular containers that will help the company scale production according to demand. The 30,000-square-metre plant will have two modular vaccine production containers with an annual capacity of about 50 million vaccine doses.

At a high-level meeting in Marburg we introduced a turnkey #mRNA manufacturing solution called #BioNTainer for scalable vaccine production in Africa. We are working with our country partners& @WHO, @AfricaCDC, AMA and @EU_Commission to establish end-to-end manufacturing network pic.twitter.com/dcQmRVkVJt

The first container set is expected to arrive in Rwanda in late 2022. Vaccine production will begin 12-18 months post-arrival.

After the Rwandan plant, the supply network will eventually widen to include several African nations, like Senegal and South Africa. A contract has already been signed with Senegal’s Institut Pasteur de Dakar for a vaccine plant.

The modular containers would later be repurposed to make mRNA vaccines against malaria and tuberculosis. These decisions would be made with future public health priorities in mind.

The BioNTech plant is also part of the European Union’s Vaccine Equity for Africa project, an initiative launched in February 2022. “This project represents the immense potential of African and European cooperation,” European Commission President Ursula von der Leyen said. “Our partnership will bring vaccine manufacturing in Africa to the next level.”

The facility would be a replica of the production units in Germany. It will require collaborative training programmes with German staff training employees at the African site on production processes and quality assurance tasks.

President Kagame: This groundbreaking is really a historic milestone towards vaccine equity. Rwanda intends to build on this investment by putting the conditions to attract other manufacturers and innovators. pic.twitter.com/tNSbzSRzds

“We have reached the next milestone with the construction of the first African mRNA manufacturing facility based on our BioNTainers — just four months after we introduced the BioNTainer concept in February,” said Uğur Şahin, the chief executive and co-founder of BioNTech.

“This factory will be the first in an African network to provide sustainable production capacity for mRNA pharmaceuticals. Further manufacturing facilities in Africa and on other continents are planned to follow. The goal we pursue with governments and regulatory authorities is to produce vaccines for Africa here with highly skilled professionals from Africa,” Şahin added.