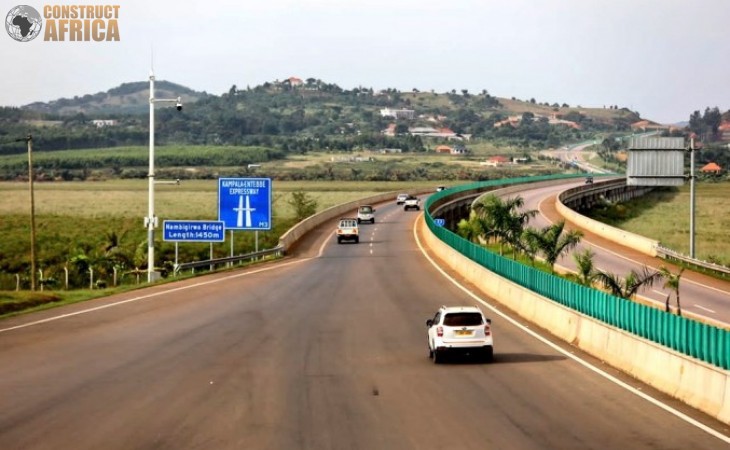 The 22 kilometres road section between Entebbe and Kibuye is being rehabilitated by Chinese contractor, China Communications Construction Company (CCCC).

Entebbe Road leads to Uganda’s only international airport, and is one of the country’s busiest roads. The road links Wakiso District to Kibuye in Kampala to Mpala, Entebbe - passing through Kibuye, Kajjansi, and Abayita Ababiri before ending at the airport, a total distance of about 40 kilometres.

Before the opening of the Entebbe–Kampala Expressway, the Entebbe road was the only direct link between Kampala and the international airport. The road is a single carriageway, and is narrow and congested with a heavy volume of traffic on the road. Because of the congestion, it is one of the most accident-prone roads in the country.

Experience the impeccable road stretch away from the hustle of the city, as you drive past magnificent nature with fresh air kicking in across every bend. Experience the Kampala- Entebbe Expressway in all its glory. #KEEUG #ExploreUganda pic.twitter.com/Sub1dt5NuL

Last year, the Uganda National Roads Authority (UNRA) awarded a contract for the rehabilitation of a 22 kilometres stretch of the Entebbe road from Mpala, Entebbe in Wakiso District to Kibuye in Kampala. UNRA is the Ugandan government agency responsible for developing and maintaining the country's national roads network and advise the government on general road policies and national transport concerns.

The contract for the rehabilitation of the 22 kilometre road stretch from Entebbe to Kibuye was awarded to the China Communications Construction Company (CCCC), at a cost of US$12 million.

The scope of the rehabilitation works includes the restoration of existing sidewalks, the construction of drainage channels to avoid flooding, in particular around the Kajjansi region, and the installation of street lights.

Construction works commenced on the rehabilitation of the road sometime in August / September 2021.

At the end of March this year (2022), the CCCC site engineer on the project, Mr Guo Zitong, stated that the project was 50% complete and would be completed within five months, i.e. in August this year (2022). This is according to a news article posted on the website of the Daily Monitor, a Ugandan newspaper.

The Daily Monitor article also reported that the UNRA media relations manager, Mr Allan Ssempebwa, said that the road rehabilitation works in the section between Mpala and Kisubi in Wakiso district included stone pitching of side drains to aid the adequate flow of stormwater, shoulder repair, major full road width repairs, and installation of access culverts as well as access road construction to reduce silt damage on main pavements. Ssempebwa further explained that “Particular attention will be given to some sections, especially those prone to floodings, such as Lubowa, Zzana and Namasuba. For instance, the Bata-Bata area will be fixed with proper drainage systems”.

Also speaking on the Entebbe-Kibuye road rehabilitation, Mr Francis Ojok, speaking on behalf of the officer in charge of Traffic in the Kajjansi area, emphasized the importance of the roadworks to free up traffic issues in the area. The introduction of pedestrian walkways will also help reduce the number of traffic accidents. Currently, traffic management is difficult due to the blocking of part of the roadway to aid the construction work.

Assistant Superintendent of Police, Luke Nuwataho, also commented that the Kajjansi area has been experiencing flooding which should be resolved by the road works.