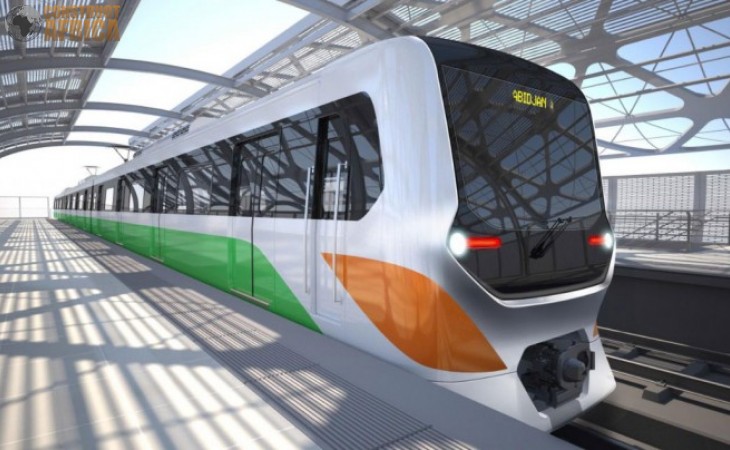 The 37-kilometre elevated rail line connects the north of the city to the airport in the south, along an existing rail corridor.

Construction works on Line 1 of the Abidjan metro has commenced following the signing of an amendment to the contract for the design, construction, operation and maintenance of the 37-kilometre route.

The amendment to the contract was signed on 22 December 2022 between the government of Côte d’Ivoire and the Société des Transports Abidjanais sur Rail (STAR), a consortium of French companies made up of Bouygues Travaux Publics (project leader), Colas Rail, Alstom and Keolis.

In 2019, the Ivorian authorities approved the technical and financial offer submitted by the STAR consortium for the construction of Line 1 of the Abidjan metro, in the capital city of Côte d'Ivoire.

Line 1 will connect the Anyama Centre in the north of the city to the northern Félix-Houphouët-Boigny International Airport in the south - linking seven municipalities of the district of Abidjan along the route from North to South: Anyama, Abobo, Adjamé, Plateau, Treichville, Marcory and Port-Bouët.

Work on Line 1 was to have begun by the end of 2020, but this was delayed by the COVID pandemic.

The signing of the contract amendment follows completion of the funding package for the project. The contract is reported to be worth €1.77 billion. The construction phase is scheduled to take 66 months (five and a half years) to complete, following which Line 1 of the Metro will enter commercial service.

The Société des Transports Abidjanais sur Rail (#STAR) signed a new amendment to the contract for the design, construction, operation & #maintenance of Line 1 of the Abidjan Metro with the government of Ivory Coast for the creation of the 1st #metro line in Sub-Saharan #Africa. pic.twitter.com/dKV14ZWeu4

Civil construction works will be carried out by Bouygues Travaux Publics. Colas Rail will be responsible for the track, electrification (catenaries and electrical substations), part of the low-voltage systems, and ticketing equipment. Alstom will supply the rolling stock (20 five-car trains), equipped with a state of-the-art CBTC (Communication Based Train Control) system and will work on systems integration with Colas Rail. Operation and maintenance of the completed metro line will be undertaken by Keolis.

The scope of work on the project include the construction of 18 stations, 24 bridges, one viaduct over the Ébrié lagoon, 34 pedestrian bridges and eight underground passages (passenger subways).

When operational, Abidjan Metro Line 1 will be capable of carrying over 500,000 passengers a day. Subsequent phases of the Metro Line project will include an east-west line from Yopougon to Bingerville.

Speaking at the contract amendment signing ceremony, Bruno Le Maire, France's Economy Minister, stated that "The purpose of my visit is obviously to mark the concrete launch of the completion of major infrastructure projects here in Abidjan. The metro is one of the largest infrastructure projects on the continent. It is an ambitious project, a social project that will benefit millions of people in Abidjan".