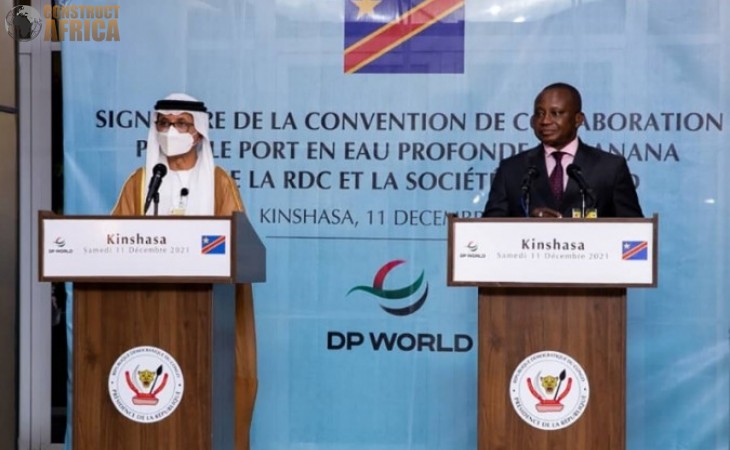 DP World will begin construction of the DRC’s first deep-sea port, located at Banana along the country’s 37km coastline on the Atlantic Ocean, before the end of this year 2022.

Ports are an economic lifeline of cities and countries. The existing port at Banana in Democratic Republic of Congo (DRC) has a depth of just 5 metres, which limits economic activity drastically and creates blockages that stem the flow of trade.

To solve this problem, a new deep seaport is being constructed by DP World, a leading logistics solutions provider based in UAE, in collaboration with the Government of the Democratic Republic of the Congo. The new port at Banana will be DRC's first deep seaport along its Atlantic Ocean coastline.

"This agreement represents the vision of His Excellency, President Tshisekedi, and DP World, to provide the DRC with a modern, world class port and logistics infrastructure to support the tremendous opportunities for trade in this country. The port will enhance the country’s export capabilities and give it affordable access to international markets", says Sultan Ahmed Bin Sulayem, Group Chairman and CEO of DP World.

DP World will have 70% control over the port and the Government will retain a 30% management and investment share. An initial contract was signed in 2018 to seal the deal for this new port. This was followed by the signing of a term sheet in Kinshasa on 9 May 2021 that summarized the main points of the agreed amendments made to the initial contract. Finally, a concession contract was signed by DP World and the Congo Government on 11 December 2021 which gave DP World permission to start work on the project.

The cost of the first phase of the project is estimated at US$350 million. The total project cost is estimated at US$1 billion, spread out over four phases and will fluctuate depending on port market demand, and logistics infrastructure. The initial phase will consist of building a 600-metre quay with an 18 metre draft capable of handling some of the largest vessels. It will also be able to handle containers of 450,000 TEUs per year and will include a 30-hectare yard to store containers.

We’re proud to be developing the new port at Banana - once built, it will attract larger vessels coming from Europe and Asia and offer significant cost and time savings for DRC trade. https://t.co/S4qQsJKud6

The development of the Banana Port will bring significant cost and time savings for the country’s trade, as it will attract more direct calls from larger vessels from Asia and Europe.

It will also directly benefit the Kongo Central province in terms of economic development, as the port will attract foreign direct investment to the surrounding area, and stimulate local trade and the economy.

"Development of infrastructure is a priority for the UAE to build trade and economic bridges between the UAE and Africa. This port project is part of many initiatives to promote economic prosperity,” said UAE Minister of State Khalifa Al Marar.

DRC’s President Tshisekedi stated "This port will transform the DRC into a trade hub in the region, and in particular, will benefit Congo Central, a province which already has a port facility, with the creation of jobs, in addition to generating economic benefits and growth for our country."