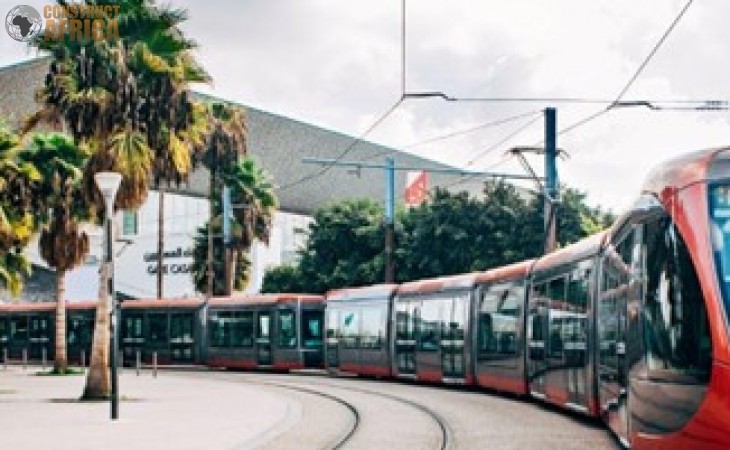 Colas Rail will be constructing the low-voltage systems for lines T3 and T4 of the Casablanca tramway. The contract represents the strong trust between the client, Casablanca Transport en Site Aménagé SA (Casa Transport SA), and the contractor Colas Rail.

The project is expected to be completed within 30 months and cost US$16.1 million. Also planned are studies and installation of low-voltage systems on track, together with video surveillance, sound system, supervisory control and data acquisition (SCADA), multi-service network, time synchronization and telecoms. Work is expected to be completed in 2024, with Citadis X05 trams operating the new connections.

In 2021, Colas Rail was awarded a €24 million contract for the design, construction and commissioning of 25 kilometres of overhead electrification, and for power supply systems and installation of 21 substations. The company was also previously awarded a €10 million contract to lay 14 kilometres of track and install 11 switches and crossings on section three for both lines T3 and T4 in the city centre.

It is expected that the T3 and T4 lines would strengthen Morocco’s public transport system and support its 4 million inhabitants.

Line T3 is to serve 20 stations and cover 14 kilometres with a double-track platform. T3 requires the construction of an engineering structure at the level crossing of the ONCF (Railway Office) tracks, with five transfer stops for the T1, T2 and T4 lines, and for bus services.

The 12.5-kilometre Line T4 is expected to have 19 stations and be a double-track platform. T4 will require the construction of two engineering structures at the level crossing of the ONCF tracks and the 13 motorway and its two ramps. Four transfer stops are planned with the T1, T2 and T3 lines.

“This new contract shows that there is a real bond, built on trust, between the Moroccan local authorities and Colas Rail, said Hervé Le Joliff, Chairman of Colas Rail. As in previous projects for the Casablanca tramway, our teams are fully mobilised to deliver an integrated, reliable and safe system to our historical partner.”

Colas Rail has already undertaken a wide variety of projects in the country. It took part in all construction projects for tramway systems, such as lines 1 and 2 of the Rabat-Salé tramway and its extensions and Casablanca tramway’s T1 and T2.