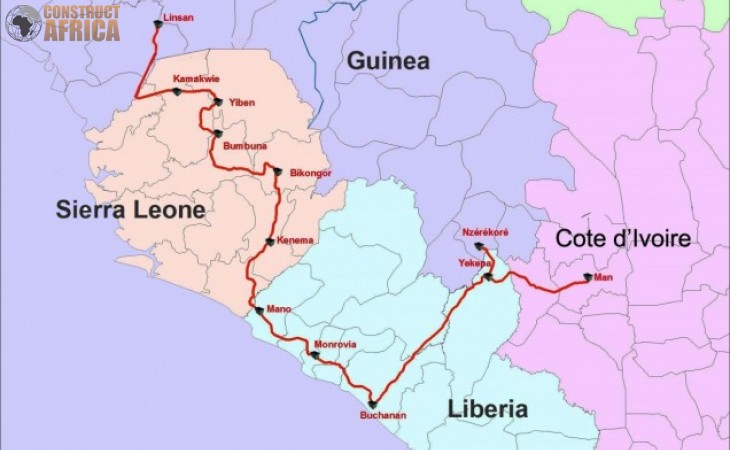 The CLSG Interconnection line was switched on at Teloma by Sierra Leonean President, Dr Julius Maada Bio, to power up the south and east of the country.

The US$508.62 million CLSG Interconnector Project is a cross border project which involves construction of a transmission line of 1,300 kilometres which aims to interconnect the CLSG countries’ energy systems into the West Africa Power Pool (WAPP) regional energy network.

Some areas of Africa have had relatively low levels of electricity access, and the goal of the CLSG project is to balance the generation of local resources and develop more sustainable resources like hydropower. This helps reduce the cost and increase the supply of electricity.

The CLSG project was made a priority within the 2012 Economic Community of West African States (ECOWAS)’s WAPP Master Plan for the Generation and Transmission of Electrical Energy. The economic developmental impact of this project is expected to be a major game-changer in the region.

The expected power transmission capacity of the operational circuit is expected to be around 406 MW.

Transco CLSG, owned by the national utilities of the four countries, was created in March 2012 as a Special Purpose Vehicle (SPV) to finance, construct, own and operate the CLSG interconnector. The project cost of US$508.62 million, will be financed by the European Investment Bank(EIB), the African Development Bank (AfDB), the World Bank and the Kreditanstalt für Wiederaufbau (KfW), as well as the national governments of the CLSG countries.

1/10 - My thoughts on on the TRANSCO-CLSG Line: Congratulations to @PresidentBio, @ebklegacy & the late President Kabba for the partial completion of the long awaited CLSG interconnection project. #SaloneTwitter

Benefits of the Project

Also speaking at the inauguration ceremony, the Minister of Energy, Alhaji Kanja Sesay, explained the long tough journey undertaken in delivering on the CLSG project. He addressed the President and said, “Your Excellency, I am proud that through your visionary leadership, we have moved from 11% access in 2018 to 31% currently. Under the Rural Electrification Component of the CLSG project, we will electrify some 27 communities along the transmission line corridor, including Teloma, Hanga Town, Panderu, Ngelehun Mano Junction, Largoh, Ngeihun, Panguma, Gorahun, Gbeworbu, Gegbema, Jewahun, Levuma and many more."

Interconnection of the four countries with the regional energy market will prove to be a boost for trade opportunities. At least 24 million inhabitants will have increased access to electricity. This project will particularly enhance the national electric backbone in Liberia and Sierra Leone. Diversifying electricity sources will help lower bills and decrease the use of hydrocarbon.