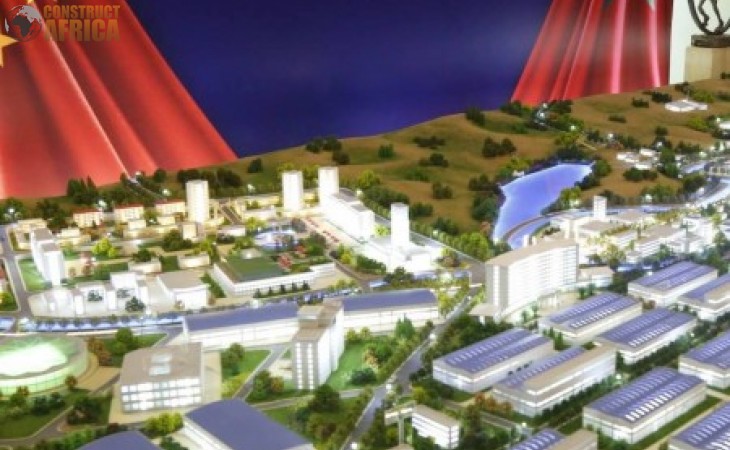 The US$1 billion project was first proposed in 2016.

Moroccan officials and Chinese companies finalized an agreement for construction of the Mohammed VI Tangier Tech City at a ceremony in Rabat, the Moroccan capital, in July 2022.

“It is an industrial megapolis that will support our national industrial strategy and thus strengthen Morocco’s international attractiveness and competitiveness,” said Ryad Mezzour, Moroccan minister for industry and trade.

The tech city is expected to cover 2,167 hectares. The main aim is to create a “sustainable, integrated, and intelligent industrial city” that will “inject a new dynamic into the economic activities of the kingdom and consolidate its anchoring in the Euro- Mediterranean,” according to a press statement by the Ministry of Industry and Trade.

CCCC was named the new project developer after Haite Group withdrew from the project as the original sponsor in 2021 because of issues regarding the project scale and concerns over ownership of the completed city. The new developer will build upon the city’s existing plans.

The tech city was initially designed to accommodate over 200 Chinese companies. This will generate US$10 billion in investment and create 100,000 jobs. The guiding force will be Morocco’s free trade agreement with the EU, US, and the African market.

The project is planned to have “the public infrastructure necessary for the proper functioning of the city”. It will also include a 947-hectare “industrial acceleration zone”, consisting of the main manufacturing plant, and a 1,220-hectare “smart city” which will have residential, leisure, and tourism developments.

The businesses expected at the site include automotive, aerospace, textile, electronics, and machinery factories. The city is expected to be completed by 2027.