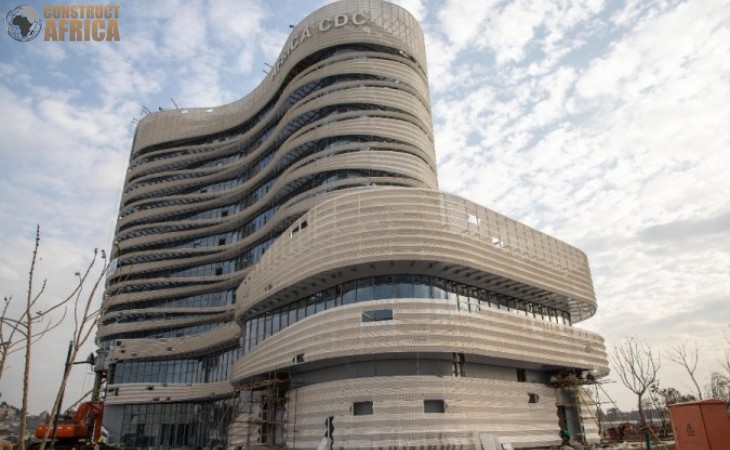 Construction works on the state-of-the-art Africa Centers for Disease Control facility in Addis Ababa is complete.

Funded by the Chinese government, the completion ceremony of the new headquarters building of the Africa Centers for Disease Control and Prevention (CDC) was held on 11 January 2023. The ceremony was attended by Qin Gang, the Chinese Foreign Minister, Moussa Faki Mahamat, Chairperson of the African Union (AU) Commission, and Hu Changchun, Head of Mission of China to the African Union.

The project began in December 2020 after the African Union Commission and China’s Ministry of Commerce signed the implementation agreement in July 2020. Construction was scheduled to be completed within 25 months.

A project manager of the construction team, Gao Jiajia, commented that since the start of the project only a few of the 330 Chinese workers on the site have taken leave. "They chose to race against time even though the COVID-19 pandemic and the conflict in northern Ethiopia have brought unpredictable challenges to the construction of the project" he said.

The project was reported to be 45% complete in November 2021. It is reported that up to 1,000 thousand local workers were employed on the project at the peak of construction.

Saizana Solomon, a civil engineer, was one of the local personnel working on the project. Interviewed by local media during the construction period, Saizana Solomon commented that "We, local workers, and our Chinese colleagues are working in tandem day and night to successfully bring this project to an end within its stated timeframe. No matter how challenging it has been, we are very determined as we are getting closer to our goal".

Also speaking at the completion ceremony, Moussa Faki Mahamat, Chairperson of the African Union (AU) Commission stated “Ultimately, the objective is to achieve self-sufficiency of public health systems in Africa and remedy to the current global imbalances by giving more weight to the voice of Africa, when it comes to health problems in the world”.

The Africa Centers for Disease Control and Prevention is a specialised technical institution of the African Union strengthening the capacity of of Africa’s public health institutions to detect and respond quickly and effectively to disease threats and outbreaks.

The new headquarters facility will strengthen the role of Africa CDC in coordinating disease prevention, surveillance and control in African countries, in partnership with the national public health institutes and ministries of health of Member States.